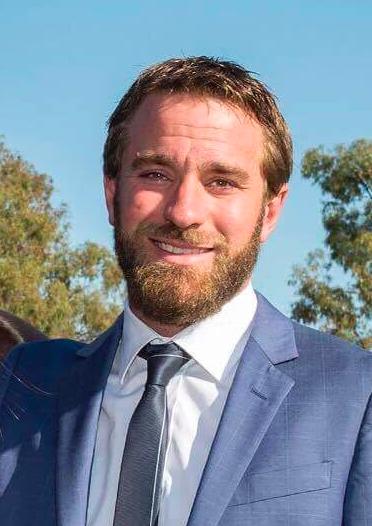 Ben is a young trainer with a focus and drive that has seen him on a steady rise through the training ranks in Western Australia. His
strong passion and desire to extract the very best from his horses has helped him strive to make every post a winner.

The seeds were sown early for Ben's training career. His father Colin was a very successful hobby trainer when he was growing up and it wasn't long before he was learning many of the valuable horseman skills needed to run his own stable. Ben also enjoyed many successes competing at the highest level of Eventing from the early age of 14.

A move to the stables of Adam and Geoff Durrant saw him rapidly move up the ranks to become an integral part of the team. The knowledge gained has become invaluable in the way he approaches his training methods and strongly believes in having a hands-on approach when it comes to his horses.

Ben has earned the reputation of being an astute horseman and prides himself on the rejuvenation of many gallopers back to winning form once having joined his stable. He is in the fortunate position of being able to ride his own trackwork and being a licensed farrier is able to put special attention to horses with hoof problems.

Ben train's from his privately owned training establishment at Karnup, Perth WA. The property has its own sand bush track where he does all of his gallops, keeping them away from the track as he finds it keeps his horses happy and settles down badly behaved horses. He often takes his horses to the beach for pace work plus to aid in recovery and believes it is an invaluable tool to keeping his horses sound.

Ben Pearce Racing is backed by a committed team of staff dedicated to provide the best results for their clients. 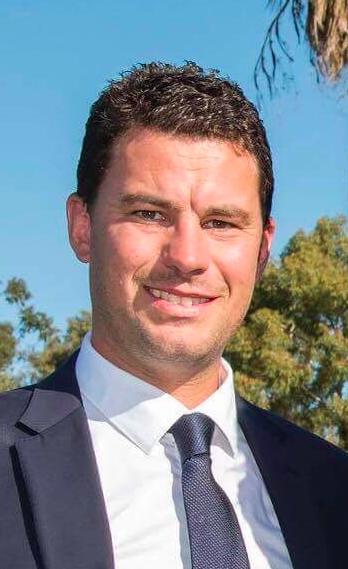 His education and experience began at birth, his father Colin trained the well performed galloper PROFESSIONAL LADY in WA and this was what influenced Daniel to persue training. He grew up around horses and racing all his life, one would say it was truly in his blood!

At 18 years of age Daniel headed to Sydney and worked for Olympic Eventing Coach “HEATH RYAN” staying with him for 5 years. It was during this time, that Daniel furthered his education for what was inevitably going to secure his career as a thoroughbred racehorse trainer. He became very successful in EVENTING, understanding the techniques required to become a great horseman.

At 23 years of age Daniel began his hand at pre-training in Newcastle for Patinack, Alan Scorse & Darren Smith.

Daniel believes that the key ingredients for his success so far is simply a combination of good horsemanship, a genuine commitment to his owners and a sound selection process.

"I believe in being hands on, relaxed, and having an eye for detail is imperative"

Daniel rides much of his own work especially on the difficult ones so that he can focus on ensuring that they are corrected.

"Patience and time is sometime all that is needed, there is nothing better than taking a young horse, getting it to the races and winning with it. It gives great satisfaction of the hard work paying off"

There is little doubt that Daniels career has taken off, already he has achieved more than many starting out in this highly competitive game, Lauradane ran 2nd in the group 2 Guineas when Daniel had only been established 18 months, Keeper Quiet a city winner, ran close seconds in the Karrakatta Plate and Sires Produce Stakes. More recently high class sprinter Travinator has produced 7 wins from his first ten appearances. Daniel also produced Testa Rossa gelding Testamezzo to win 7 races from 10 starts including the Perth Magic Millions 3 year old classic. Daniel also produced Newton Prince to win the Listed Aquanita Stakes at Ascot, before being sold to Hong Kong and Placid Ark Stakes and 3 yo Magic Millions winner Let it Slip..

Daniel prides himself in developing young horses to perform on the racetrack at the top level. Selecting a yearling at the sales and producing it to win as a racehorse is what Daniel and his team is all about.