Acromantula returns with a bang 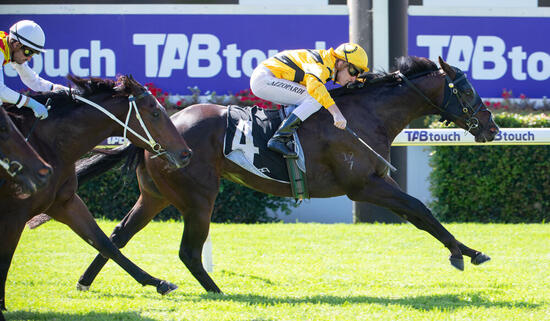 Talented three-year-old Acromantula returned to racing in the best way possible at Ascot on Saturday when leading all-of-the-way in the Glenroy Chaff Handicap (1000m).

A winner on debut last preparation, the son of Written Tycoon was gelded after pulling up with thumps following an unplaced effort in the Listed Placid Ark Stakes and resumed with an impressive trial win at Lark Hill on April 6.

Starting on the second line of betting at $3.70 on Saturday, Acromantula crossed to the rail for rider Joseph Azzopardi before skipping clear on straightening and then lifting over the final stages to defeat race-favourite Iseered Iseered ($3.30) by just under a length.

Vadette De Star ($3.90) finished a nose away in third place, with stakes-winning filly Chantorque ($4.40) a further head back in fourth.

A winner at all four of his career trials, Acromantula has now won two of this three race starts and appears to have black-type potential.

Stablemates Roch Legacy, Lockaway The Cash, Life For A Life and Speedbird will line up in support races on the eight-event card.