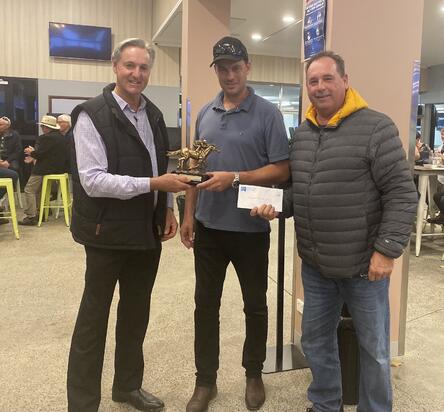 The conclusion of the Bunbury Turf Club's 2020/21 racing season on Wednesday saw Daniel and Ben Pearce finish atop of the trainers' premiership.

Alfred Nobel gelding Lyle's Choice led the charge for the Pearces' with back-to-back Bunbury wins in November, while stablemates Worth A Risk, Casa Rosada, Speedy Miss, Double Jeopardy, Superlove, Chiclett, Allmamoney and Zangief each recorded one victory at the south-west track.

Racing Wagering Western Australia have committed $17 million to the project, which is expected to be completed in 2023.