City double to end the season 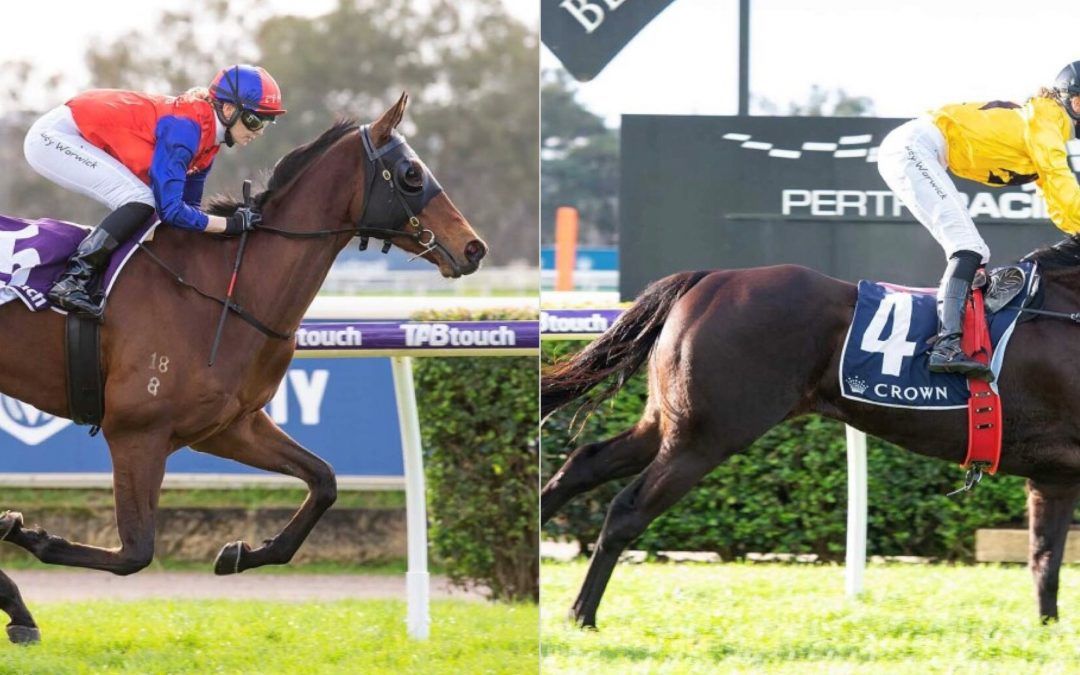 Pearce Racing continued its strong finish to the 2021/22 season when saddling up two winners and two placegetters at Belmont on Saturday.

Rising star Black Fantasy brought up a winning hattrick when annihilating rivals in the opening event of the day, the Owner Appreciation Race Day Handicap (2100m).

Starting a raging $1.95 favourite after taking out the Listed Aquanita Stakes and Listed Belmont Classic at his previous two starts, the Blackfriars three-year-old faced older and more seasoned opposition in the toughest staying test of his career.

Regular rider Lucy Warwick sent Black Fantasy to the top of the seven-horse field after none of their rivals wanted to take up the running and the pair led without pressure through the early and middle stages before upping the tempo approaching the home turn.

The gelding soon had his opposition off the bridle and sprinted away in the straight, romping in by an emphatic six-length margin over Rostropovich ($11).

Reliable ($4.60) finished a further long-neck away in third place.

The win caps off a breakout campaign for Black Fantasy – a $36,000 purchase at the 2020 Perth Magic Millions sale – and extends his impressive career record to 14 starts for four wins, four seconds, four thirds and $443,970 in prizemoney and Westspeed Platinum bonuses.

Later in the day stablemate Probity ($4) and Warwick combined to produce an equally-impressive performance when taking out the Crown Perth Handicap (1200m) from a seemingly-impossible position.

The Demerit three-year-old appeared to tail off to be the best part of five lengths from the second-last horse passing the 800m mark before clicking into gear and commencing a strong finish, only to get held up behind a wall of horses in the straight.

Warwick bided her time until the 200m mark when gaps started to appear and the gelding powered through the opening to put paid to rivals within a matter of strides and pull away to score by more than a length on the line.

Forever Dreaming ($13) finished in second place, with Extra Secret ($4.40) a further head away in third.

The victory was Probity’s second from as many starts this campaign and takes his career record to 11 outings for three wins, five minor placings and $205,440 in prizemoney and Westspeed Platinum bonuses.

The Pearce stable prepared 52 winners in the 2021/22 season, including 26 in the metropolitan area.

CLICK HERE to watch the replay of Probity’s Belmont win.