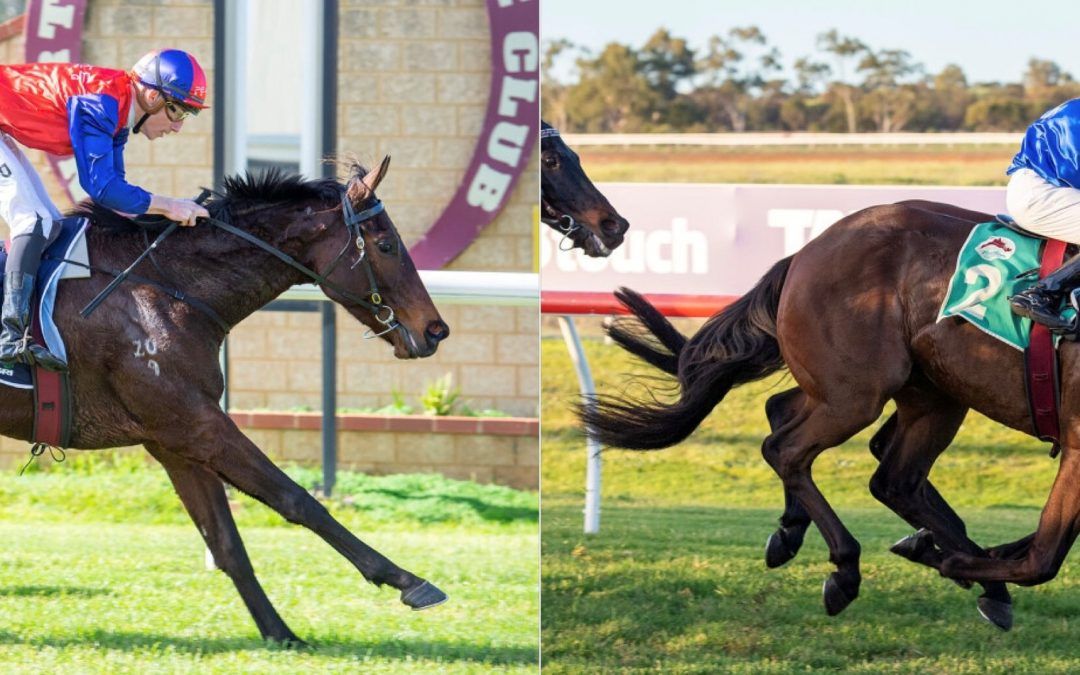 Daniel and Ben Pearce celebrated their 50th win of the 2021/22 season at Northam on Thursday when Hear My Prayer and Westriver Miracle landed a stable double.

The Pearce stable has hit overdrive in the final stages of the season, preparing 12 winners in the past seven weeks with only three more days of the season remaining.

Progressive type Hear My Prayer brought up the first leg of the Northam double when landing good bets in the AFGRI Equipment Northam Maiden (1100m) second-up from a spell.

Backed from $8.50 into $3.50, the rising three-year-old was aided by a gun ride from Clint Johnston-Porter when landing three-back-the-fence from barrier seven before showing maturity to take a tight gap at the 150m mark.

The son of Playing God burst through the opening once he saw daylight and put paid to his rivals to defeat Divine Inanna ($7.50) by more than a length on the line, with Big Break ($7.50) a further neck away in third place.

Purchased for $22,500 at the 2021 Perth Magic Millions Winter Yearling Sale, Hear My Prayer has now banked $25,860 in prizemoney and Westspeed Platinum bonuses from his three race starts to date.

New stable acquisition Westriver Miracle ($3.50) rounded out the day in the best way possible when producing a tough win in the AVC Kids Big Day Out Sunday 25 September Handicap (1600m).

Ridden by Chris Parnham, the All American four-year-old worked across from the outside barrier in his 12-horse field to settle in third position facing the breeze and appeared to have a lot of work to do when tearaway leader Gunnago ($9) kicked away in the straight.

The gelding rallied strongly under the urgings of Parnham to reel in the frontrunner and get the better of him over the final stages, pulling away to score by a long neck.

Minus Looks ($11) finished a further length away in third place.

Westriver Miracle has now recorded two wins and a narrow runner-up finish from his three starts for Pearce Racing, taking his career record to nine outings for four victories, two minor placings and $65,250 in earnings.

Meanwhile, the Pearce stable have a big team engaged in the final metropolitan meeting of the season at Belmont on Saturday, with last-winners Black Fantasy, Bird’s The Word, Let’s Galahvant and Probity engaged, as well as stablemates Manavendra, Speedy Miss and Don’t Fuss.

CLICK HERE to watch the replay of Hear My Prayer’s Northam win.