Have you heard? Bird’s The Word! 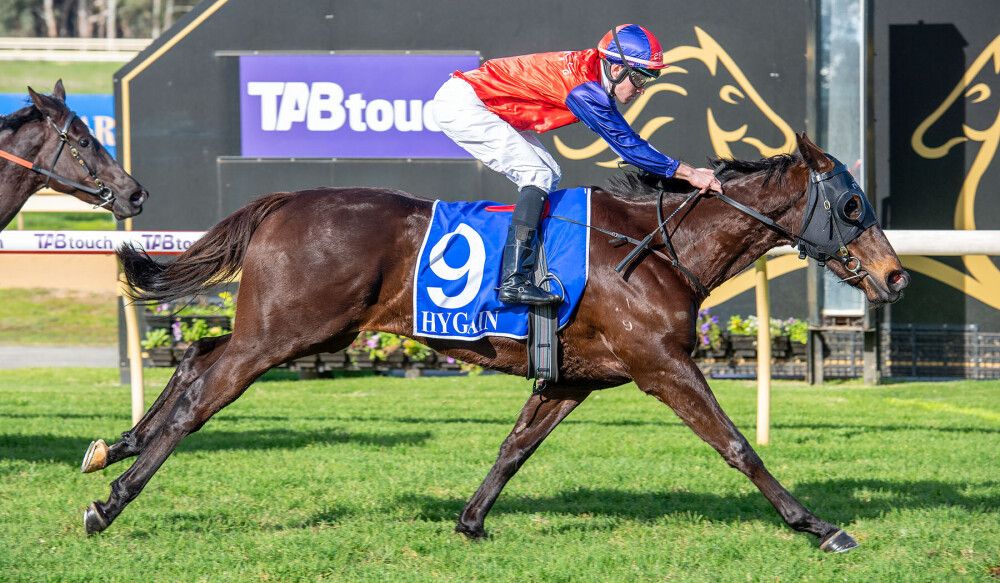 Galah two-year-old Bird’s The Word made an impressive return to racing at Pinjarra on Thursday when taking out the Electrical Consultancy WA Maiden (1200m) in dominant fashion.

Heavily-backed from $10 to $3.10 in pre-post betting, the gelding faced older opposition at his first run back from a spell and had to do it the tradesman’s way after being posted three-wide and without cover throughout running.

Leading jockey Chris Parnham didn’t panic when left out in the cheap seats and allowed Bird’s The Word to slide forward and level up to the leading brigade turning for home before hitting the front at the 200m mark and pulling away to score by more than one-and-a-half lengths.

Race-leader Beneath The Covers ($15) held on for second place, with Big Bell ($26) a further one-and-a-quarter lengths away in third.

Purchased for only $12,000 at the 2021 Perth Magic Millions sale, Bird’s The Word flashed ability at his debut campaign but has returned bigger and better as a rising three-year-old this time in and appears to have a bright future ahead.

The win continues Pearce Racing’s hot streak of form with the stable preparing seven winners so far in July, taking the 2021/22 season tally to 48 wins with 10 days remaining.

CLICK HERE to watch the replay of Bird’s The Word’s Pinjarra win.