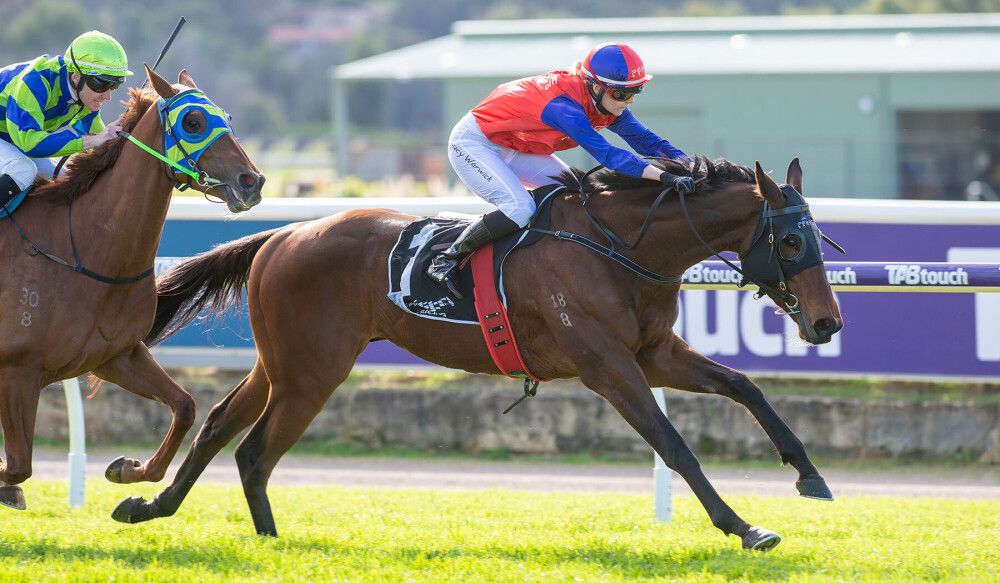 Black Fantasy landed back-to-back Listed victories at Belmont on Saturday when proving too strong in the $125,000 Belmont Classic (2200m).

Starting the $2.40 favourite, the Blackfriars three-year-old followed up his Aquanita Stakes (2000m) triumph on July 2 with an equally-impressive performance courtesy of a brilliant Lucy Warwick ride.

The gelding looked likely to settle in the breeze but Warwick elected to take a trail in the one-out, one-back position after rank outsider God’s Fury ($101) strode to the lead.

Stablemate Outspoken Lad ($4.40) levelled up to the leader passing the 800m and led around the bend but was no match for the winner as Black Fantasy collared him on straightening before clearing out and lifting over the final stages to hold off the fast-finishing Flower In The Wind ($7) by three-quarters of a length.

Black Fantasy has been a model of consistency throughout his career and his two stakes victories follow previous placings in the Group 2 WATC Derby, Listed Belmont Guineas, Listed Raconteur Stakes and Magic Millions 3YO Trophy.

Purchased by Pearce Racing for $36,000 at the 2020 Perth Magic Millions sale, the bay has now raced 13 times for three wins, eight minor placings and has accumulated $359,430 in stake earnings and Westspeed bonuses.