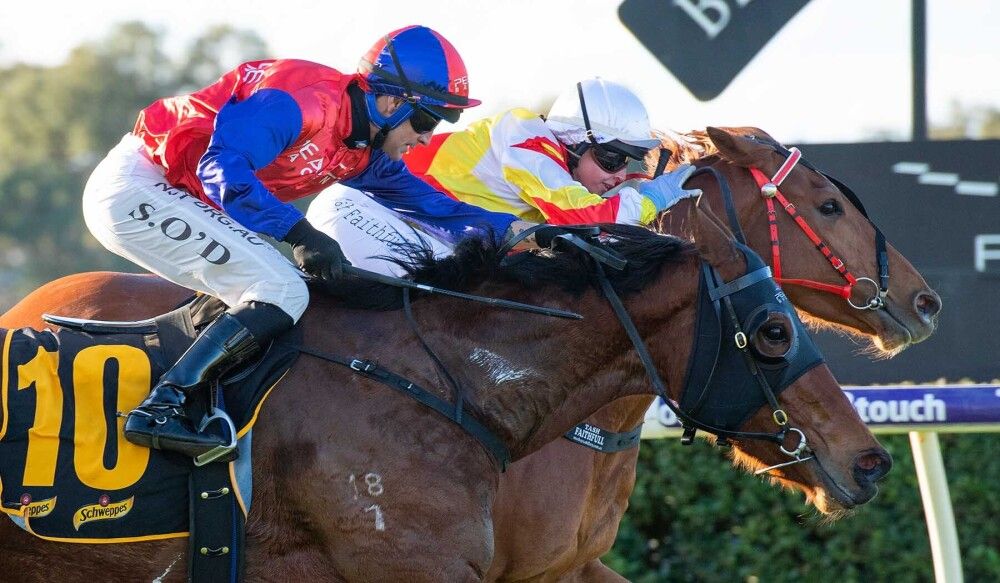 Dash For Cash four-year-old Money Twist caused a boilover at Belmont on Wednesday when landing her second career win in the Schweppes Handicap (1650m).

Starting a $34 chance, the mare produced a peak performance stepping up to a mile at her third run back from a spell after being given a gun ride from jockey Shaun O’Donnell.

Money Twist settled three-back on the rail after jumping from barrier three and O’Donnell peeled off the fence at the right time to track race-favourite Mong Khon ($3.30) into the straight and the pair had an enthralling two-horse war over the final furlong before hitting the line deadlocked.

After some deliberation by the judge, Money Twist got the right bob in a tight photo finish and was granted the verdict by a nose.

Lady Of Babylon ($10) finished a further length away in third place.

Money Twist has now won two of her eight career starts, with total earnings of $31,380.