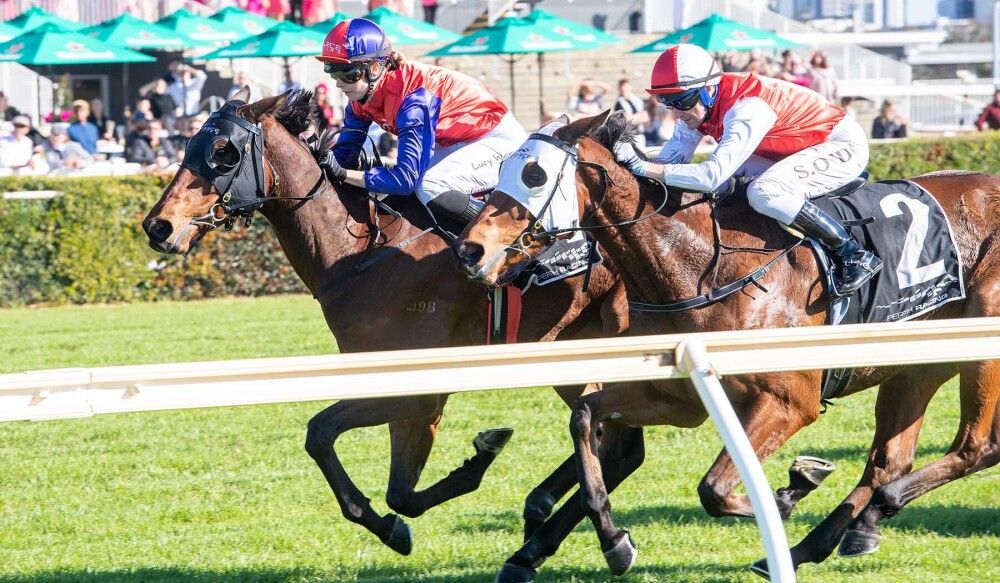 Black Fantasy and Outspoken Lad gave the Pearce stable a one-two finish in the Listed Aquanita Stakes at Belmont on Saturday when the former edged out his stablemate in the $125,000 feature event.

Starting a white-hot $1.60 favourite off the back of third placings in both the Listed Raconteur Stakes and Listed Belmont Guineas, Black Fantasy was all the rage and settled outside of Outspoken Lad ($4) in running before levelling up to him on straightening and engaging in a thrilling two-horse battle over the final furlong.

Rider Lucy Warwick got the best out of the favourite over the late stages and the pair lifted to win by a head over a brave Outspoken Lad who kicked back strongly and never gave up the fight.

Kentucky Blue finished a further length-and-three-quarters away in third place.

The victory was the ultra-consistent Black Fantasy’s first stakes-level success and takes his career record to 12 starts for two wins, four seconds and four thirds.

A $36,000 purchase by Pearce Racing from the 2020 Perth Magic Millions yearling sale, the son of the late Blackfriars has now accumulated earnings of $250,230 including Westspeed Platinum bonuses.

Awesome Rock gelding Outspoken Lad was purchased by Pearce Racing for $60,000 at the 2020 Gold Coast Magic Millions sale and has now had 10 race starts for two wins, two minor placings and $142,345 in total earnings.