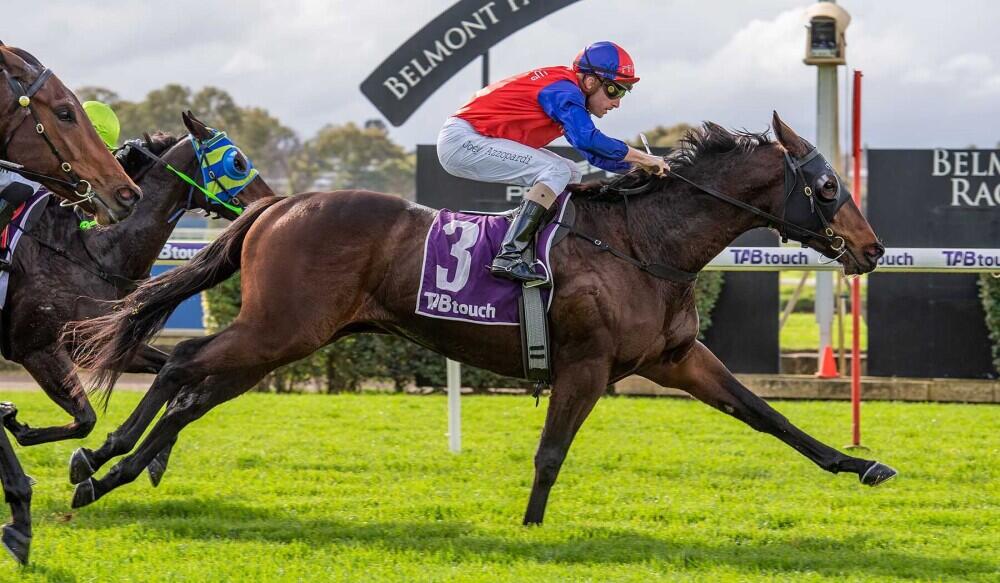 $10,000 yearling purchase Let’s Galahvant landed his third win from seven starts at Belmont on Wednesday when taking out the TABtouch – Better Your Bet Handicap (1400m).

Starting on the fourth line of betting at $8.50, the Galah three-year-old stepped up to 1400m for the first time in his four runs this campaign when leading from start-to-finish.

Rider Joseph Azzopardi made the most of the gelding’s good draw in barrier one and the lack of exposed speed in the race when taking up the running and rating him nicely in front before defeating race-favourite Oly’s Choice ($2.05) by a length.

Golden Lullaby ($81) finished a further nose away in third place.

Purchased from the 2020 Perth Magic Millions yearling sale, Let’s Galahvant has missed a top-four finish just once in his seven-start career and has now accumulated earnings of $77,700 including Westspeed bonuses.