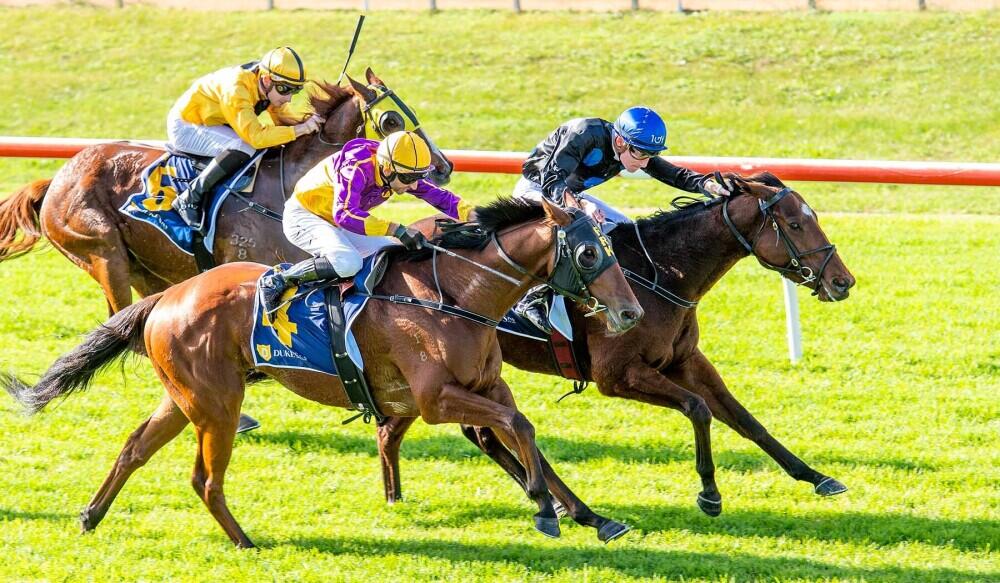 Consistent three-year-old Secret Lair landed his first win at Northam on Thursday when taking out the Veuve Forney and Fils Maiden (1600m).

Having recorded minor placings on five occasions, the Galah gelding broke through at his 14th career start when aided by a good ride by in-form hoop Clint Johnston-Porter and getting the right bob in a tight photo finish.

Secret Lair ($3.30) settled three-back on the fence before working into clear running midway down the straight and hit the front with a furlong to go.

Race-favourite The Panzer ($2.80) stormed home from back in the field and made a late dive as the pair crossed the line deadlocked, however, Secret Lair got the verdict by a nose.

Shotgun Roca ($9) finished a further length-and-a-quarter away in third place.

Secret Lair has finished in the first four placings at 11 of his 14 starts to date and has now accumulated $46,060 in earnings including Westspeed bonuses.