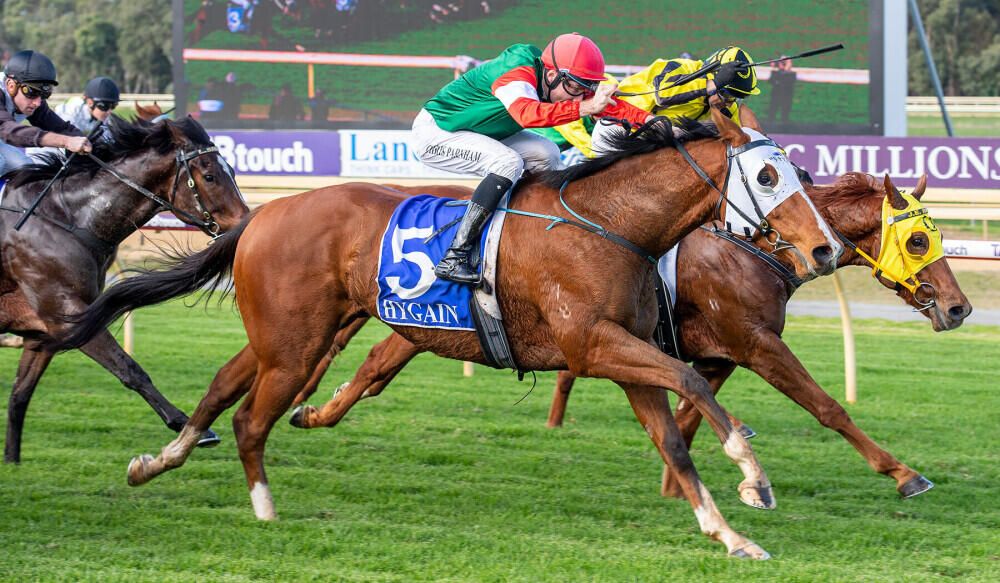 Shooting To Win three-year-old Starring Knight opened his winning account at Pinjarra on Thursday when taking out the GWN 7 Maiden (1200m).

After suffering cardiac arrythmia when hard in the market at his first two race starts, the talented gelding was the forgotten horse and drifted from $15 to $21 in betting but ran up to the high opinion co-trainers Daniel and Ben Pearce have of him when charging home from the second half of the field.

Top jockey Chris Parnham settled Starring Knight one-out and three-back in running and the pair were momentarily held-up on straightening, however, the big bay sprouted wings late to collar Aidan’s Choice ($19) by a nose on the line.

Commands Respect ($26) finished a further half-length away in third place.

A $140,000 purchase from the 2020 Perth Magic Millions yearling sale, Starring Knight gives the impression he’ll be better suited over more ground which is exciting for managing owners Amelia Park Stud and connections.