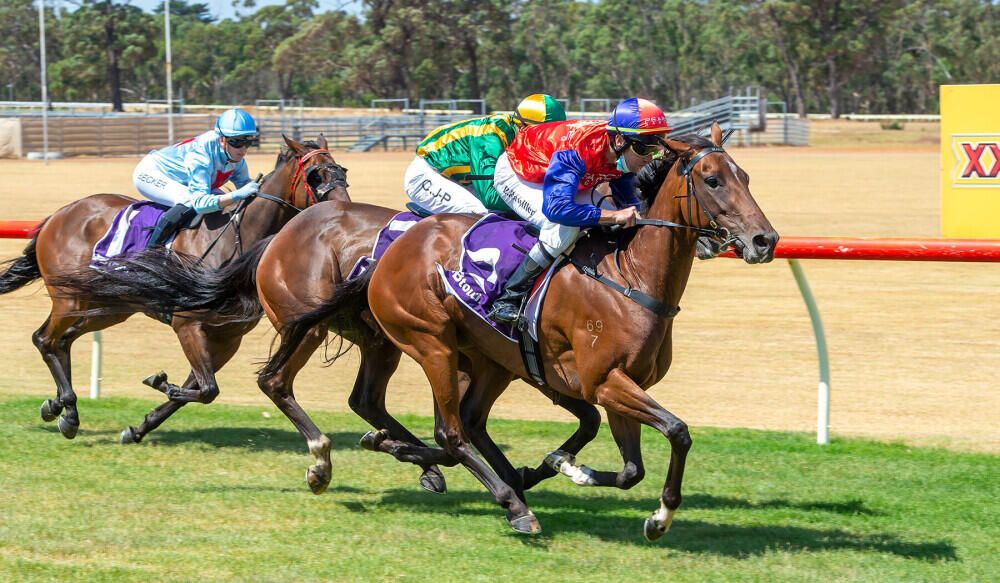 Tavistock mare Chiclett is closing in on $100,000 in stake earnings after landing her second-straight win at Mount Barker on Sunday.

Starting the $2.10 favourite in the Southern Haulage Handicap (1850m), the pint-sized four-year-old continued her good form after settling one-out and one-back in running for jockey Brad Rawiller.

The pair looked likely to encounter traffic issues entering the straight when getting shuffled back slightly turning for home, however, they were able to extricate to the outside and storm home to run over the top of second-favourite Off Wego ($3) by half-a-length.

Eurasia ($9.50 finished a further length-and-a-half away in third place.

Chiclett has chalked up two wins and three minor placings from her six starts so far this campaign, extending her career record to 20 starts for five wins, four minor placings, 16 top-five finishes and $98,825 in stake earnings.