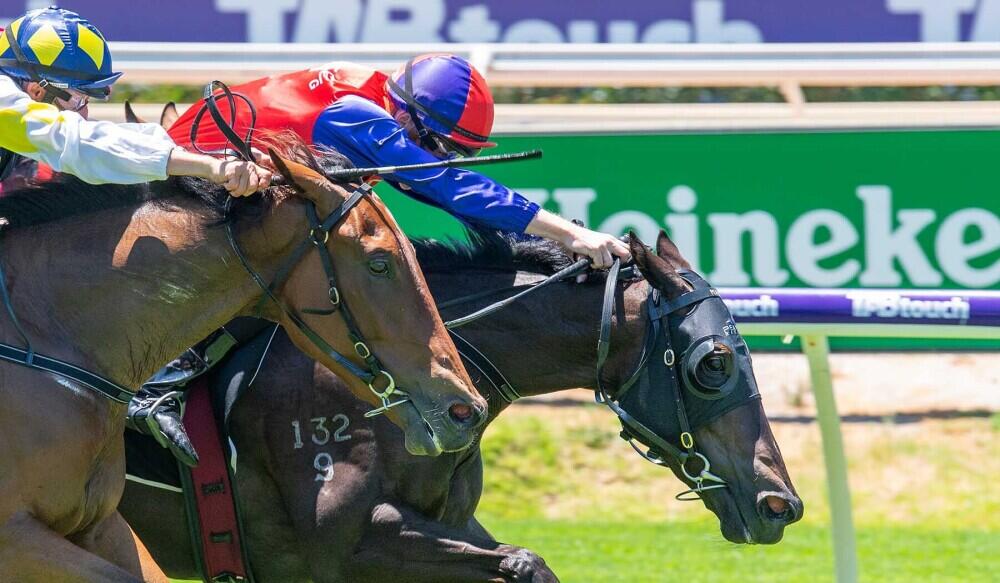 Starting a $21 outsider in the field of 11, the son of Merchant Navy became his sire’s first winner in Australia and appeared to relish the addition of blinkers and extra furlong after finishing sixth at his race debut over 1000m on December 15.

In-form hoop Clint Johnston-Porter settled Galaxy Affair in the second-half of the field after jumping from barrier eight before peeling three and four-wide approaching the turn and finishing strongly to hold off Upper Limits ($7.50) by a head on the line.

Lucky Sue ($3.30) finished a further neck away in third place.

A mid-preparation 400m trial at Lark Hill with blinkers added five days earlier proved to be a winning move for Galaxy Affair to counteract his 31-day spacing between runs.

A $42,500 weanling purchase by a stable client on an Inglis Online Sale in June 2020, the gelding picked up $40,600 for his victory and looks likely to race over more ground in the future.