Speedbird gets the job done 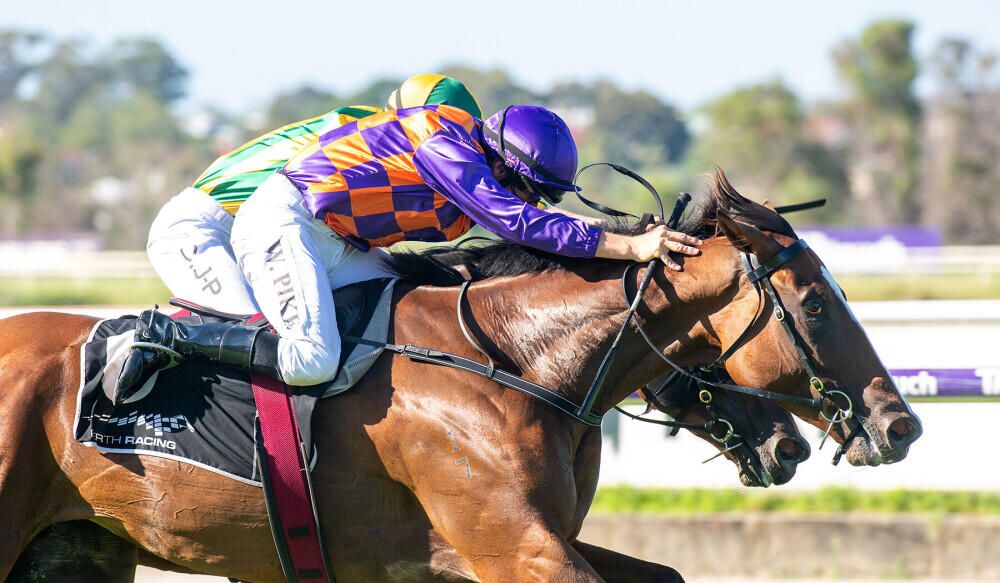 Progressive four-year-old Speedbird returned to the winner’s list third-up from a spell at Belmont on Wednesday when taking out the Ascend Sales Trophy Handicap (1650m).

Heavily supported in betting from $3.70 into $2.30 favouritism, the My Admiration mare put the writing on the wall for her victory with meritorious third and fourth placings over 1400m at her previous two starts.

Speedbird was well handled by champion jockey William Pike, settling one-out and three-back in the eight-horse field before peeling to the middle of the track on straightening and letting rip with a powerful finish.

The striking bay was able to level up to second-favourite Off We Go ($4) at the 100m mark and the duo had a spirited battle over the final stages, however, Speedbird got the better of her rival and scored by a head on the line.

Speedbird started her racing career in the care of Adam Fairey and won one race from three starts before being transferred to Pearce Racing and has since had nine starts for three wins, two minor placings and seven top-four finishes, with her total stake earnings now breaking past the $100,000 barrier including Westspeed bonuses.

Meanwhile, the Pearce stable will saddle-up Defending ($1.60) and Wise Words ($7.50) at Pinjarra tomorrow before Saturday’s Ascot meeting where stablemates Galaxy Affair and Superior Smile are engaged.

CLICK HERE to watch the replay of Speedbird’s Belmont win.