Chiclett bolts in at Albany 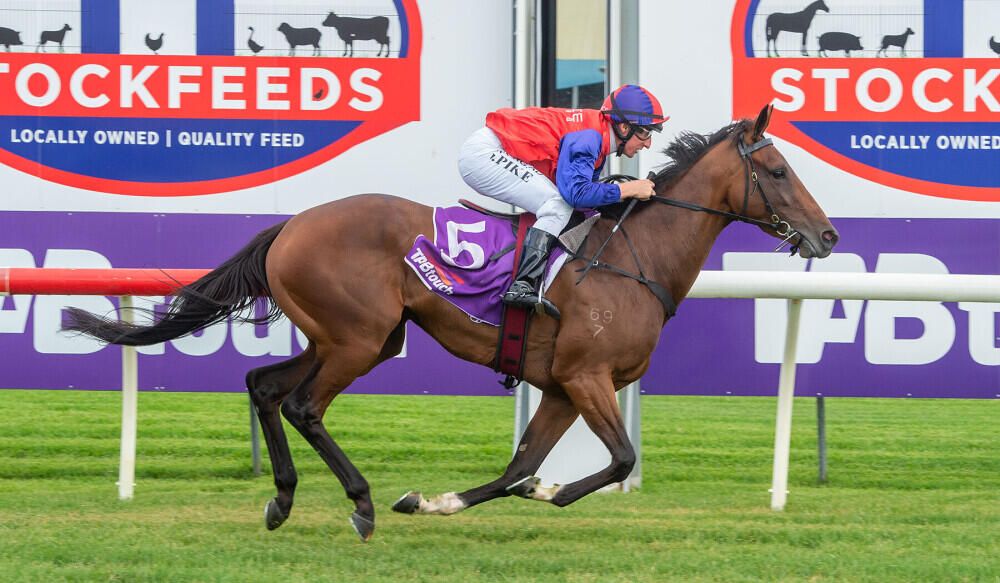 Tavistock four-year-old Chiclett was rewarded for her consistent form when scoring a dominant victory at Albany on Sunday.

Backed from $3.30 into $2.25 favouritism, she was one of champion hoop William Pike’s four winners on the day when taking out the TABtouch Past The Post Payouts Handicap (1600m) by more than two lengths.

Pike positioned the mare three-back on the rail in running, following second-favourite Bragwell ($2.60), and made a race-winning decision when electing to save ground between runners towards the inside of the track and then bursting through a gap to put paid to rivals.

Bragwell finished second, with Chasing Chaos ($16) a further three-quarter-length away in third place.

Chiclett had recorded fast-finishing and often luckless minor placings at her previous three outings and has now had 19 career starts for four wins, four minor placings and $87,225 in stake earnings.

Meanwhile, the Pearce stables’ other two runners on the day –Thinking Game ($11) and Exalted Rockstar ($4.40) – both finished third in their respective races.

The brothers have Rocking The Merc, Anna’s Boy and Speedbird engaged at Wednesday’s Belmont meeting, while stablemates Defending and Wise Words are set to line up at Pinjarra on Thursday.

CLICK HERE to watch the replay of Chiclett’s Albany win.