Acromantula kicks off new year with a bang 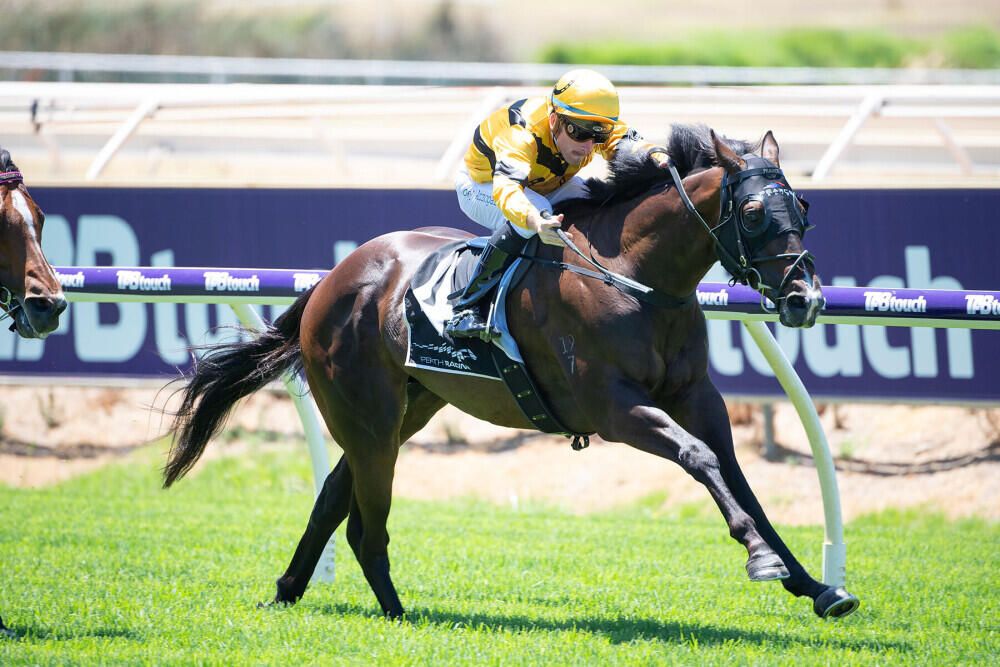 Short-course speedster Acromantula brought up his fourth win from only eight career starts at Ascot on Saturday when leading from go-to-whoa in the Ascend Sales Trophy Handicap (1000m).

The Written Tycoon four-year-old defied a late betting drift from $2.20 to $3 to take up the running and absorb pressure from This’ll Testya ($10) through the middle stages of the race before giving a kick on straightening and fending off that galloper by just over a half-length though the line.

Brooklyn Pier ($12) finished a further half-length away in third place.

Acromantula raced 49 days between runs after a narrow runner-up finish to boom filly The Front Bar in a tight photo finish on November 13 and is proving a track-distance specialist, having now recorded four wins and a second placing from his six starts at the Ascot 1000m circuit.

Meanwhile, stablemate Sofia’s Symphony showed promise at her race debut in the Magic Millions Plate (1000m) earlier in the day when finishing third behind Sheeza Belter and Costume Party.

The two-year-old daughter of Snitzel flashed potential when winning her only trial at Lark Hill on December 13 and hit the line well in her first race start despite racing greenly in the straight.

CLICK HERE to watch the replay of Acromantula’s Ascot win.