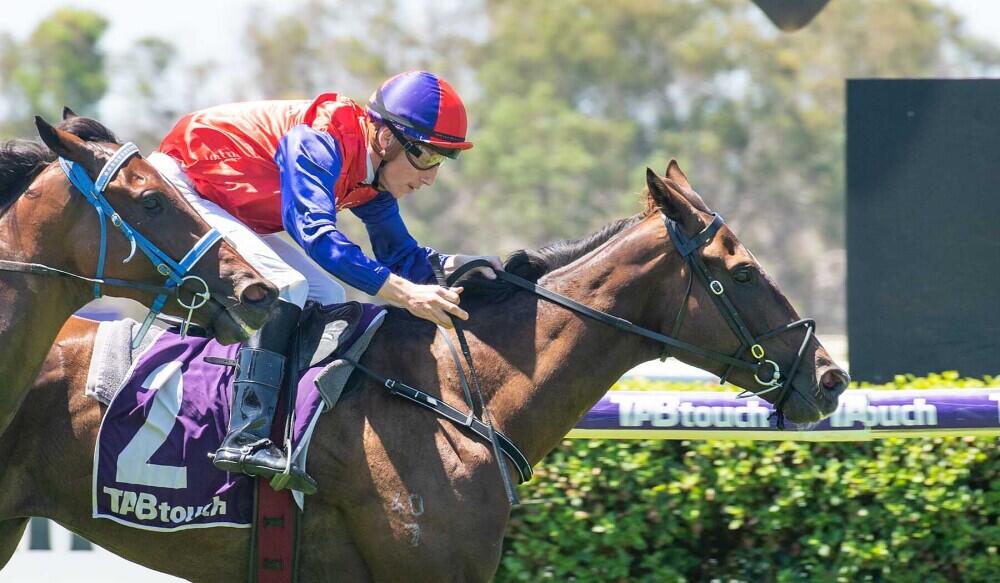 Blackfriars gelding Roch Legacy broke his maiden status in nice style at Belmont on Thursday when taking out the TABtouch – Better Your Bet Maiden (1600m).

Starting on the second line of betting at $5, the four-year-old settled in the box seat in running before being given a brilliant rails-hugging ride by in-form hoop Clint Johnston-Porter to level up to race-leader Tiger Move ($7.50) at the 100m mark and pull away to score by just under a half-length crossing the line.

A half-brother to $400,000 earner Don’t Fuss, Roch Legacy put the writing on the wall for his winning performance when hitting the line strongly to finish second to Nobel Scot at Pinjarra seven days earlier.

The gelding has now raced seven times for a win and three minor placings.