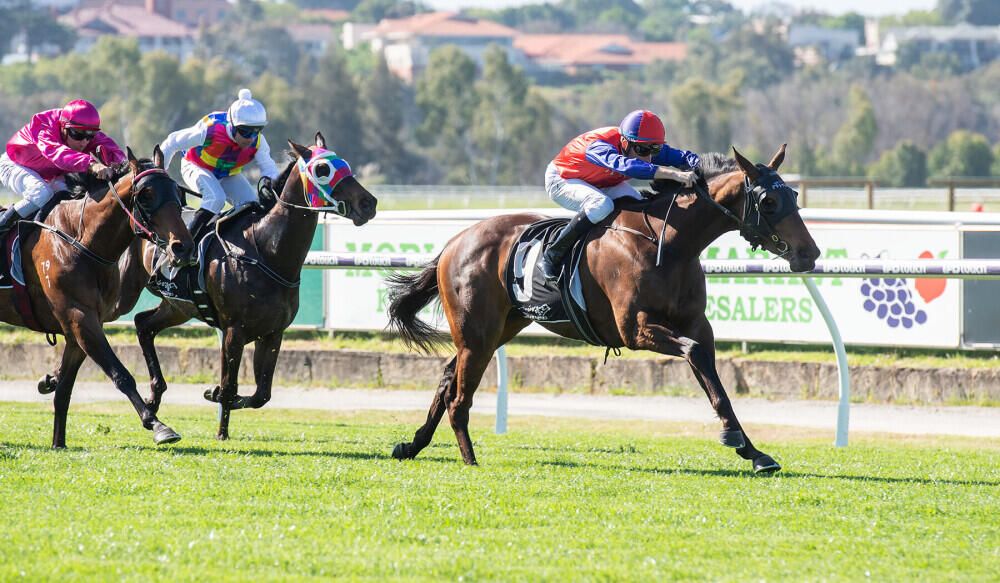 Galah three-year-old Let’s Galahvant broke his maiden status at his second race start at Belmont on Thursday when taking out the Mrs Mac’s Maiden (1300m).

Backed from $6 to $5 before the jump, the gelding was aided by a gun ride from jockey Joseph Azzopardi when landing in the one-out, one-back position from barrier seven in the 13-horse field.

Azzopardi peeled out approaching the home turn and Let’s Galahvant travelled into the race strongly before hitting the lead at the 275m mark and kicking clear to score a decisive win on the line.

The fast-finishing Midnight Mystery ($6.50) finished one-and-a-quarter lengths away in second place, with race-favourite Acting God ($2.10) a nose away in third.

Purchased for just $10,000 at the 2020 Perth Magic Millions yearling sale, Let’s Galahvant flashed natural ability when finishing third and second respectively in two Lark Hill trials before finishing fourth to subsequent Saturday city winner Lady Is A Vamp at his race debut on October 28 and appears to have plenty of upside.

The stable will then turn its attention to next Saturday’s Railway Stakes meeting where Dig Deep will line up in the $1 million Group 1 feature, while veteran stars Vital Silver and Money Maher contest the $125,000 Listed Carbine Club of WA Stakes on the same card.