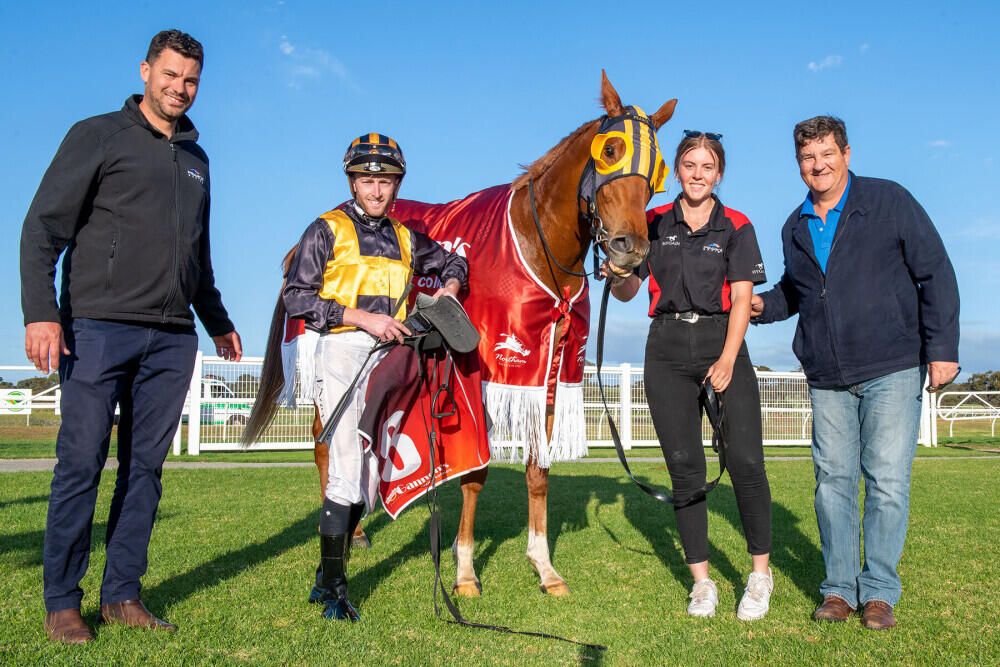 It was the four-year-old’s third win from six starts this preparation, with two minor placings and a fourth rounding out her consistent run of form.

Ridden by Joseph Azzopardi, Celebrity Witness drifted heavily ($7 to $19) in the market before the jump but enjoyed a nice run one-out and two-back in transit before peeling out on straightening and finished strongly down the middle part of the track.

The chestnut mare hit the lead at the 250m mark and held off her challengers over the final stages to defeat on-pace galloper Arnie’s Boy ($9.50) by a neck.

A $25,000 purchase from the 2019 Inglis Classic Yearling Sale and from the same family as the Pearces’ former stakes winner Testamezzo, Celebrity Witness has now raced 12 times for four wins, four minor placings and $88,550 in stake earnings.