Bright future ahead for Black Fantasy 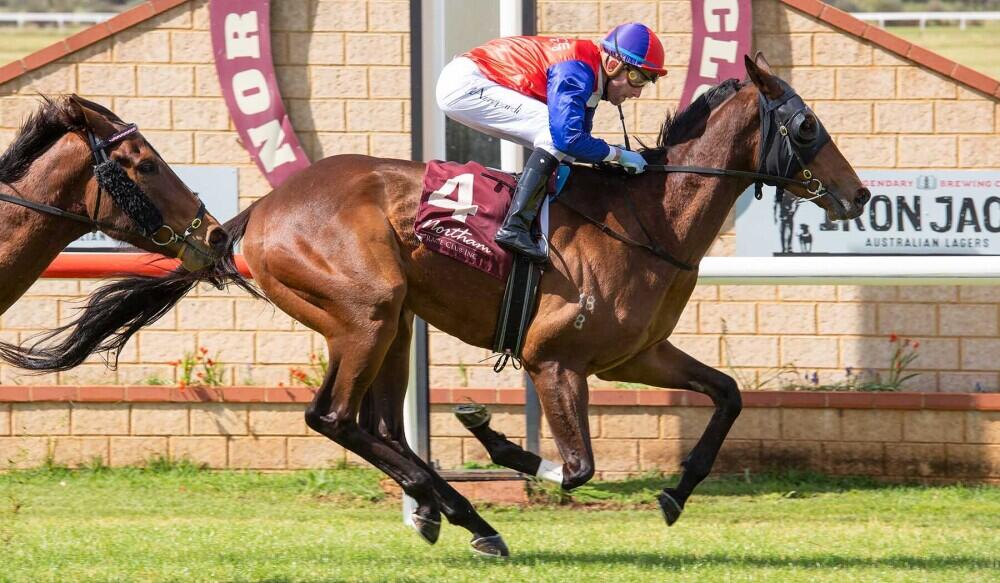 The gelding flashed potential when winning a Lark Hill trial on August 23 before a promising runner-up finish to stablemate Outspoken Lad at Belmont nine days later and was able to open his winning account when defeating race-favourite Beloved Star ($2.90) in the Avon Valley.

Starting on the second line of betting at $3, Black Fantasy jumped the gates cleanly and settled outside of race leader My Conviction ($8) in running before idling up to the pacemaker passing the 400m mark and kicking clear inside the furlong.

The bay responded well to rider Joseph Azzopardi’s hands-and-heels riding over the late to hold his main rival at bay by a length through the line, with a further two lengths back to My Conviction in third place.

Purchased for $36,000 at the 2020 Perth Magic Millions sale, Black Fantasy has accumulated $30,600 in prizemoney and bonuses from his first two race starts and appears capable of progressing to better races moving forward.

Meanwhile, fellow Pearce-trained galloper Don’t Fuss will contest the $100,000 Nicopolis Stakes (1200m) at Belmont on Saturday, while stablemates Probity and Secret Lair will launch a two-pronged attack in the Free Entry To Belmont Park Plate (1200m) earlier on the nine-race program.