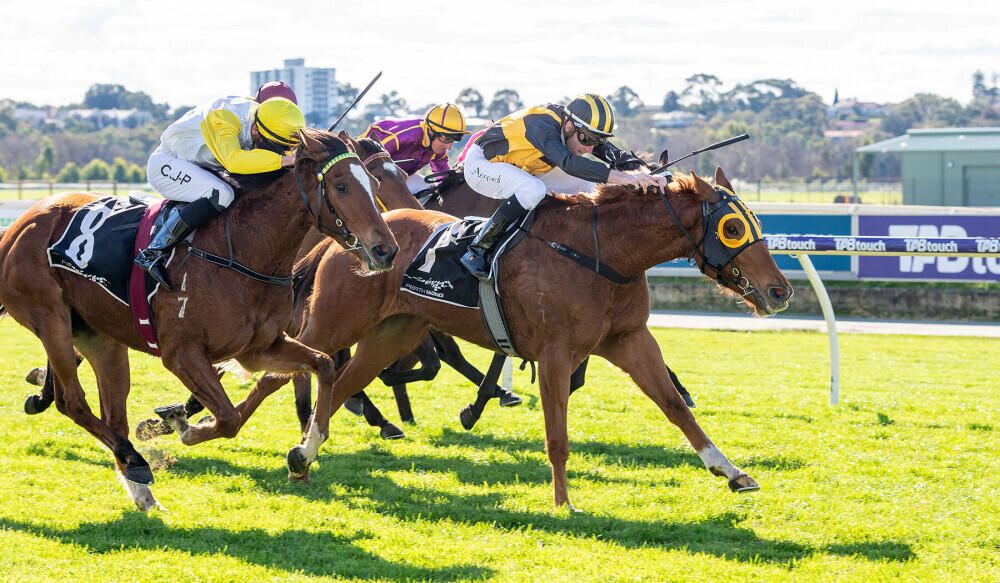 Star Witness mare Celebrity Witness caused a boilover at her race return at Belmont on Wednesday when scoring an all-the-way win in the Glenroy Chaff Handicap (1300m).

Starting as the $26 rank outsider of the nine-horse field, the newly-turned four-year-old crossed straight to the lead from barrier six and was well-rated by jockey Joseph Azzopardi before giving a strong kick on straightening.

The chestnut looked like being run down passing the 200-metre mark, however, she responded to Azzopardi’s urgings over the final furlong and held off Stella Fair ($9) by a neck through the line.

Town Hall ($17) finished a further length away in third place.

Celebrity Witness warmed up for her first-up victory with two Lark Hill barrier trials in July but hadn’t raced since a disappointing summer campaign where she failed to beat a runner home in two outings.

She flagged potential as an early-season three-year-old at her previous preparation when scoring a win and two minor placings from her first four race starts and appears to have recaptured that form this winter.

Meanwhile, the Pearce stable will be represented by Le Choix at tomorrow’s Pinjarra meeting before saddling-up Black Lightning and Defending at Belmont on Saturday in what will be the first prime metropolitan meeting of the 2021/22 season.