Worth A Risk dominates Rose of York 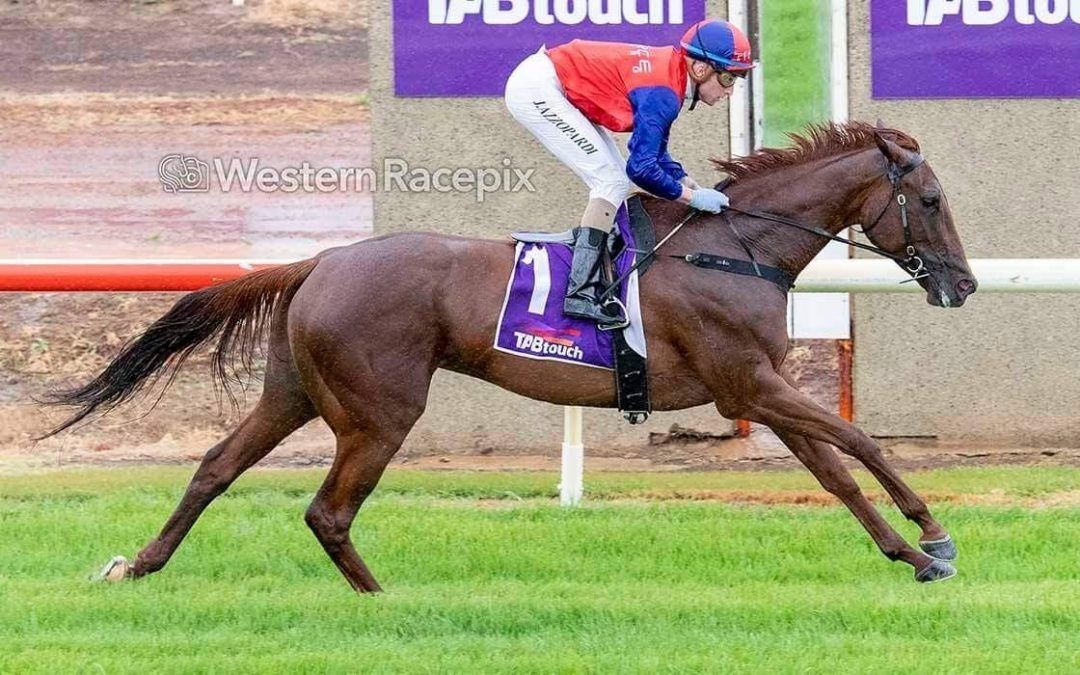 Lightly-raced five-year-old Worth A Risk scored an emphatic win at York on Monday when romping in the TABtouch Rose of York (1500m) by more than four-and-a-half lengths.

Despite having not raced since January 14 and drifting from $2.65 to $3.30 before the, the Written Tycoon mare and rider Joseph Azzopardi made light work of their rivals and the Soft6 track conditions when taking up the lead and sprinting strongly from the home turn.

The well-supported Stella Anne ($10 to $6.00) sat in the breeze before holding down place, with Temptacion ($2.45 favourite) a further two lengths back in third.

After being plagued by injury and soundness issues during the early stages of her career, Worth A Risk turned the corner last preparation and has now won three of her past six starts.

Co-trainers Daniel and Ben Pearce have also worked out the lightly-framed mare’s strengths, with her past two victories coming off 46 and 49 days respectively.

She has now recorded three wins and four minor placings from her 12 career starts.

Meanwhile, the Pearce stable will be represented by Command Force, Friar’s Fantasia and Lyle’s Choice at tomorrow’s Pinjarra meeting.

CLICK HERE to watch the replay of Worth A Risk’s York win.