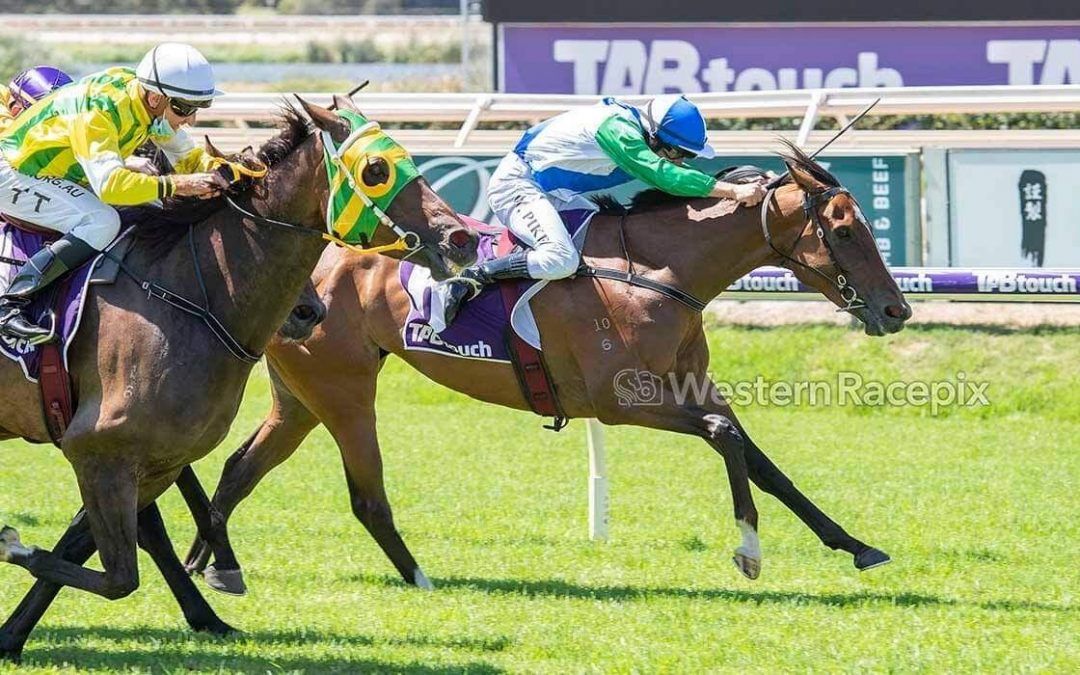 Lightly-raced four-year-old Hot Technique landed her second win from four career starts at Ascot on Wednesday when taking out the TABtouch — Better Your Bet Handicap (1200m).

Having her second start back from a spell, the Sizzling mare jumped from barrier two as an equal $4.80 favourite and was settled in the one-out, one-back position by champion jockey William Pike.

Pike peeled the bay out on straightening and she sprinted quickly to hit the lead at the 100m mark before going to the line locked in a tight photo finish with the fast-finishing Lording ($5.50).

Owner-breeders Einocliffe Park Thoroughbreds would have breathed a sigh of relief when Hot Technique got the judge’s verdict by the barest of margins, with Zadok ($16) a further neck away in third place.

The mare has now returned two wins, a third and $26,490 in stake earnings from her four race starts to date, while her younger half-brother — an unraced Nicconi two-year-old named Ultimate Style — is also trained by Pearce Racing.

Meanwhile, the Pearce stable will saddle-up Out The Friar at today’s Bunbury meeting before stepping out recent two-year-old trial winner, Secret Lair, at the colt’s race debut at Ascot on Saturday.