Casa Rosada bolts in at Geraldton 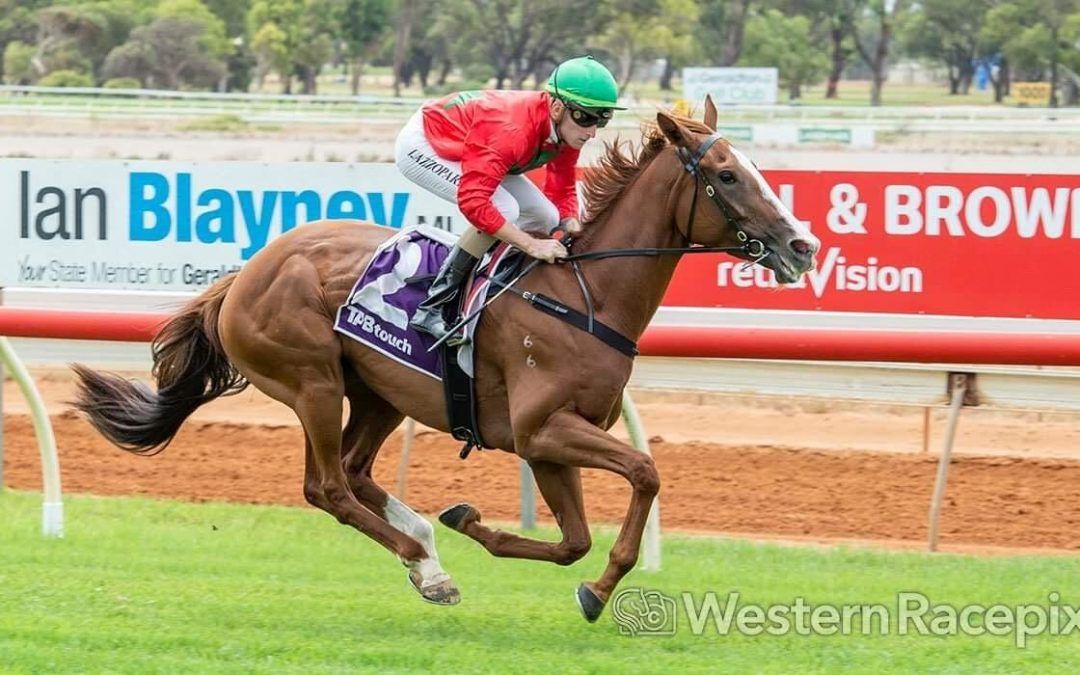 Flashy Husson mare Casa Rosada scored an emphatic win at Geraldton on Sunday when romping in the GeraldtontToyota.com.au Handicap (1900m) by four-and-a-half lengths eased down.

Starting a raging $1.85 favourite, the four-year-old relished a drop in class to lead from go-to-whoa for jockey Joseph Azzopardi and never looked like getting beaten after putting a space on her rivals turning for home.

Designer Prince ($12) finished in second place, with Friar Away ($7.50) a further one-and-a-half lengths away in third.

The dominant victory was Casa Rosada’s second win this preparation, taking her record since joining the Pearce stable 12 months ago to 10 starts for three wins, two minor placings and $70,200 in stake and Westspeed earnings.

Meanwhile, Pearce Racing will be represented by last-start winner Double Jeopardy and stablemates Speedy Miss, Invincible Strike and Out The Friar at Tuesday’s Australia Day meeting at Bunbury.