Policiere makes it two on the trot 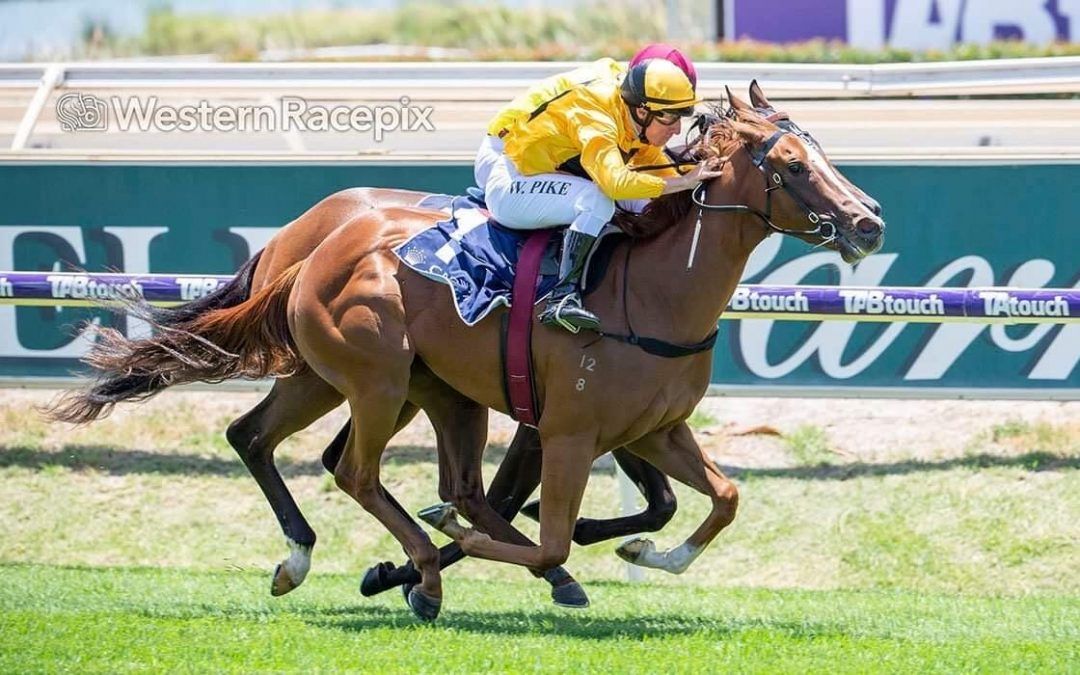 Pint-sized two-year-old Policiere brought up back-to-back wins at Ascot on Saturday when producing a tough performance in the Crown Perth Plate (1000m).

Starting on the second line of betting at $4, the Safeguard filly jumped from barrier 10 in the 11-horse field before being fired out of the machine by rider William Pike and settling outside of leader and race-favourite Storm Whisper ($2.20).

The unassuming chestnut levelled up to her main rival at the 100m mark and responded strongly under the urgings of Pike’s hands-and-heels riding to get the upper hand over the late stages and score by a head.

Policiere caught the attention of punters at her race debut on December 5 when finishing a gallant fourth despite being posted three-wide and without cover and landed her first win a fortnight later after muscling her small frame through a tight gap in a tenacious effort.

Bred and part-owned by Oakland Park Stud, Policiere was sold for $55,000 as a yearling less than 12 months ago and has accumulated $166,800 in stake earnings and Westspeed bonuses in her first three starts.

Meanwhile, the Pearce stable will saddle-up Hitchinrail, Worth A Risk and Speedy Miss at Sunday’s Bunbury meeting.