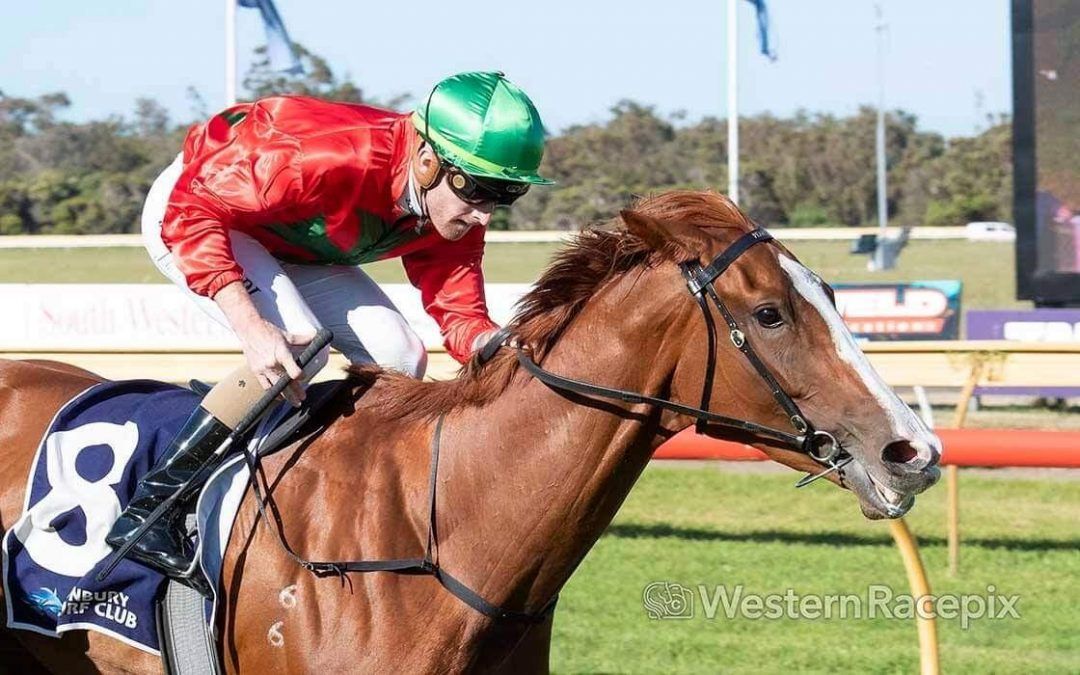 Husson mare Casa Rosada relished her first attempt at a middle distance at Bunbury on Wednesday when taking out the TABtouch – Better Your Bet Handicap (2038m) fourth-up from a spell.

Backed in from $9 to $5 prior to the jump, the four-year-old chestnut was settled one-out and one-back by stable jockey Joseph Azzopardi before peeling three-wide approaching the turn and levelling up to race-leader Our D’Amour ($3.70) at the 200m.

Azzopardi lifted the mare over the final stages to hold off Rodomonte ($13) by a half-length, with Our D’Amour sticking on for third place a further two-and-a-quarter lengths away.

Beaten just under three-and-a-half lengths after being held up for clear running at Bunbury the previous Wednesday, Casa Rosada’s winning return was also the first time she had raced off a seven-day back-up.

She has now recorded two wins and a minor placing from 12 career starts to date, with each of her first-three finishes coming from her seven appearances for co-trainers Daniel and Ben Pearce.