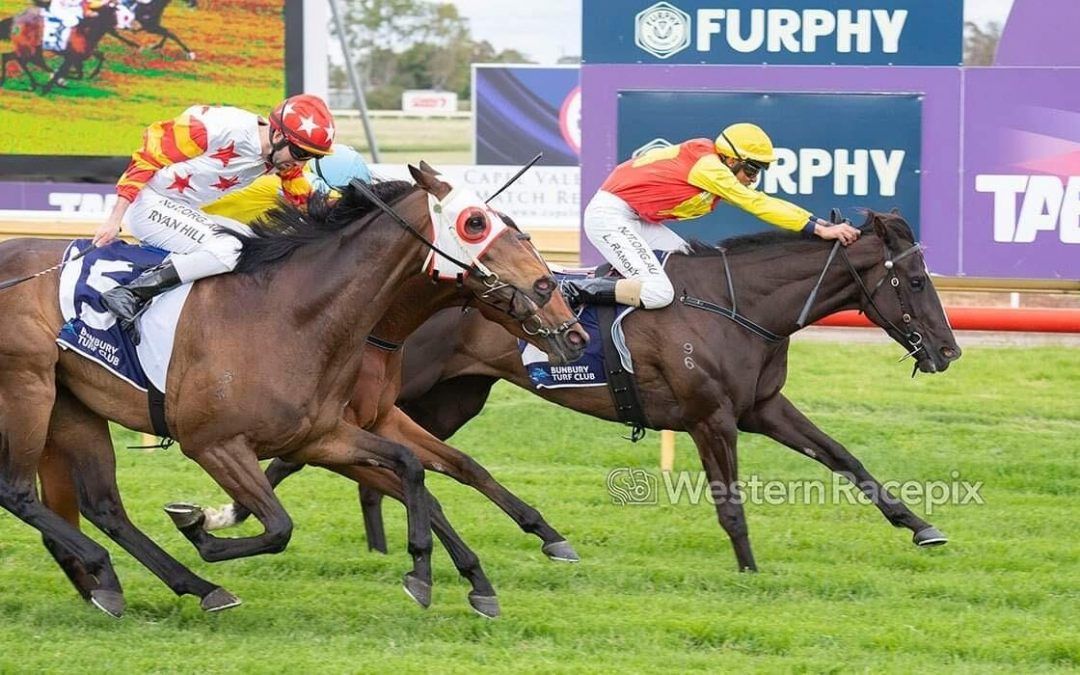 Alfred Nobel four-year-old Lyle’s Choice landed his second win in the space of eight days at Bunbury on Thursday when taking out the JCW Electrical Handicap (1675m).

Ridden by in-form apprentice Laqdar Ramoly, the gelding defied a late betting drift ($3.80 to $5) before settling three-wide with cover and finishing strongly to defeat rank outsider Regent Star ($101) by a long-neck.

Hip Wiggle ($6) was a further nose away in third place in a tight photo finish for the minor placings.

Lyle’s Choice put the writing on the wall for his winning run when producing a nice runner-up finish to progressive type Outback Jack over 1400m at Ascot on October 14 before winning third-up over 1675m at Bunbury’s Melbourne Cup day meeting.

Lyle’s Choice has now recorded three wins and three second placings from 12 races to date, with each of his three victories coming in his eight starts with the Pearce Racing stable.