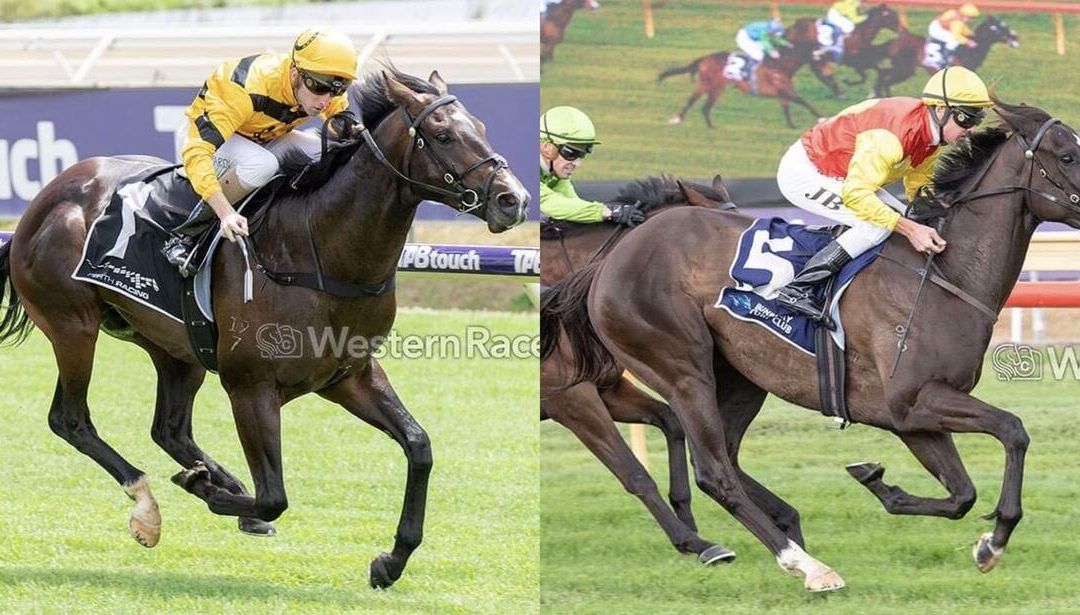 Acromantula ($2.20), a Written Tycoon three-year-old out of former multiple stakes-winning mare For Your Eyes Only, opened his winning account at his race debut when leading from barrier to box in the Run and Eat A Kebab Handicap (1000m).

The talented colt was undefeated at three trials across three different preparations leading into his first race start and won impressively on the Soft7-rated track, pulling clear over the late stages to score by more than a length for stable jockey Joseph Azzopardi.

Following the race, co-trainer Ben Pearce said Acromantula is now a chance of progressing to the $100,000 Listed Placid Ark Stakes (1200m) at Ascot on November 21.

Meanwhile, Alfred Nobel gelding Lyle’s Choice was victorious at his third start for the preparation when taking out the Civilcon Construction Handicap (1675m) at Bunbury.

Starting on the third line of betting at $4.20, the four-year-old was given a sweet ride by Jason Brown when settled one-out and two-back despite jumping from the outside barrier in the 10-horse field and finished strongly to defeat Blaiszen Cazah ($11) by a length.

Bollinger Boy ($3.70) finished a further half-length away in third place.

Lyle’s Choice put the writing on the wall for his winning return when finishing runner-up to the progressive Outback Jack at Ascot at his previous start.

Fellow Pearce-trained galloper Casa Rosada also performed well on Tuesday when recording a fast-finishing third at her first start back from a spell in the Devil’s Lair Handicap (1400m) at Ascot.

The Pearce stable will saddle-up Cliffs Of Comfort, Don’t Fuss and Wise Words at this Saturday’s Ascot meeting.