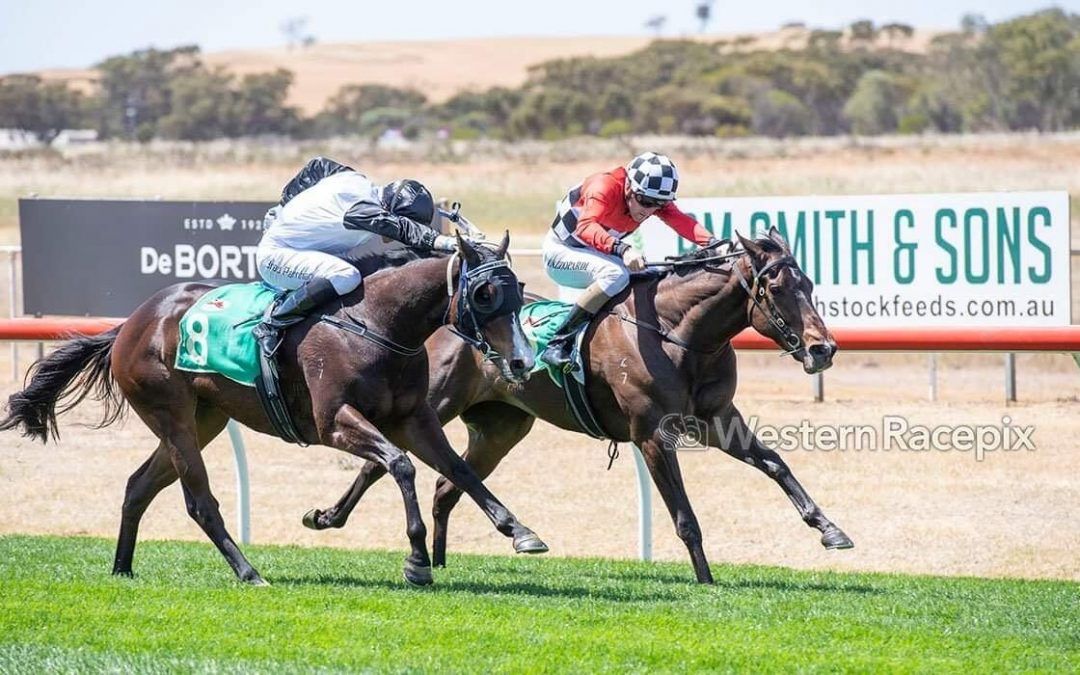 All American three-year-old Life For A Life recorded his first win at his third race start at Northam on Sunday when leading from start-to-finish in the Triple M Avon Valley Maiden (1100m).

Ridden by stable jockey Joseph Azzopardi, the gelding started on the fourth line of betting at $6.50 and jumped straight to the front from barrier seven before being headed by Iron Sharp ($5.50) at the 150m mark, however, he fought back strongly to reclaim the lead and hold on by a nose in a photo finish.

The on-speed pair broke away from the rest of their rivals, with race-favourite Western Empire ($2) finishing a further four lengths away in third place.

Life For A Life was beaten two-and-three-quarter lengths when thrown in the deep end in a three-year-old handicap event at his race debut at Belmont on September 19 before putting the writing on the wall for his maiden win when finishing a neck second to Excerpt at Northam at his next outing.

His win was the second for co-trainers Daniel and Ben Pearce for the week after they prepared fellow three-year-old Chiclett to victory at Ascot four days prior.

The Pearce stable will saddle up debutant Money Twist at this Wednesday’s Ascot meeting before travelling to the Avon Valley again the following day where they have Fear The Wind and Inahappydaze engaged at Northam.