Worth A Risk wins at race return 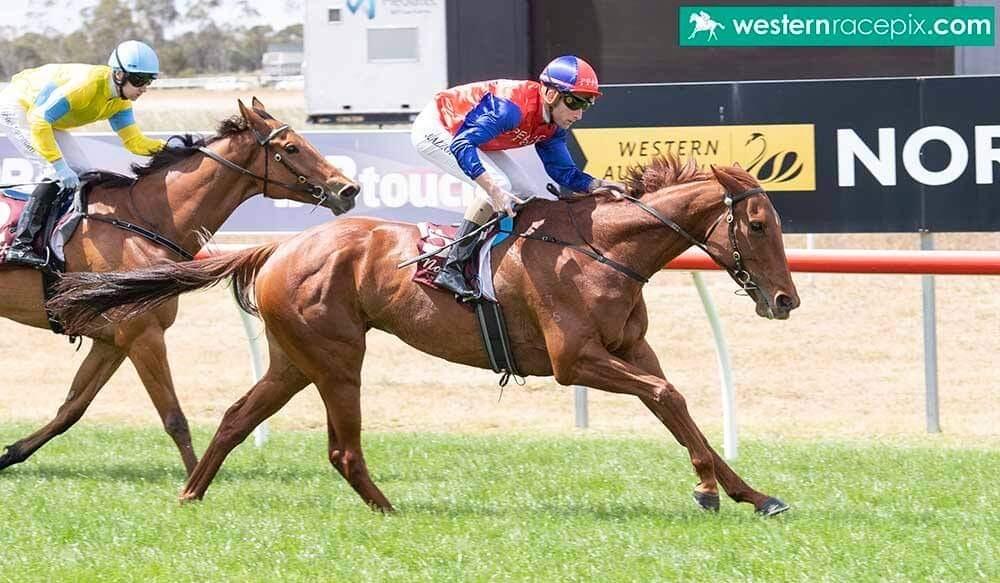 Lightly-raced five-year-old Worth A Risk made a successful return to racing at Northam on Sunday when breaking her maiden status in the Kindred Spirit Boutique and Gift Maiden (1300m).

The Written Tycoon mare had recorded three minor placings from six career starts in previous preparations, however, she followed up a promising Lark Hill trial on September 21 with a convincing win first-up from a spell.

Ridden by stable jockey Joseph Azzopardi, Worth A Risk ($3.10) settled behind the leader in the box seat in running before working through a gap at the 300m mark and pulling away to defeat race-favourite Said No One Ever ($2.80) by more than a length.

Meanwhile, the Pearce stable are set to saddle-up three-year-olds Life For A Life and Celebrity Witness at this Wednesday’s Northam meeting before travelling to York with consistent mare Racy Ava on Thursday.

Open-class stablemates Don’t Fuss and Essential Spice each made promising trial returns at Lark Hill on Monday and are on track to line up in the $100,000 R.S Crawford Stakes (1000m) at Ascot on Saturday October 17.