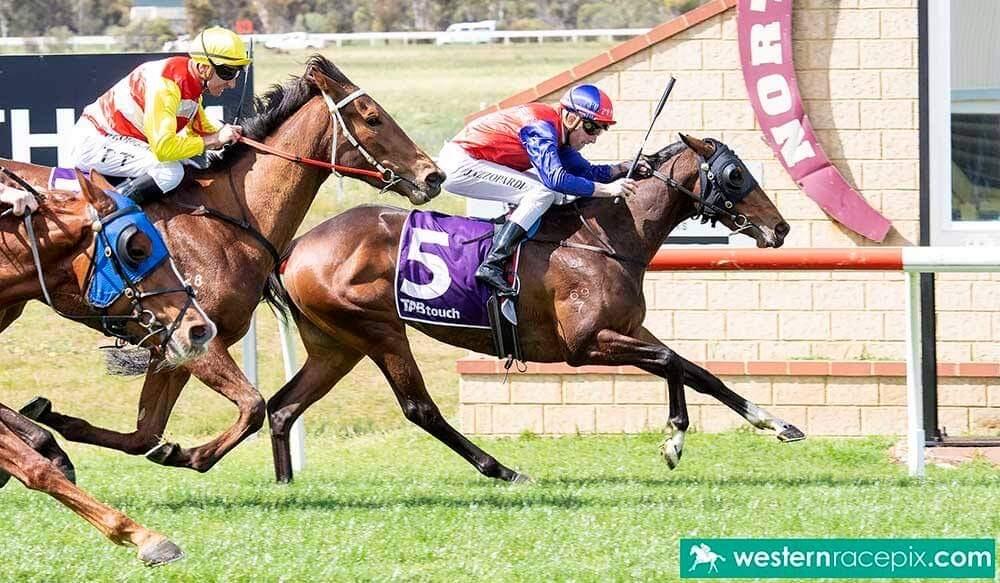 Progressive three-year-old Chiclett justified her short-priced favouritism at Northam on Thursday when breaking her maiden status at her second start back for the preparation.

Starting a white-hot $1.40 first elect, the pint-sized Tavistock filly made amends for a luckless runner-up finish at her race return on August 13 when taking out the Racing Assist Maiden (1400m).

Jockey Joseph Azzopardi settled Chiclett in the box-seat in running and produced a rails-hugging ride when sticking to the inside on straightening and hitting the front at the 125m mark before pulling away to defeat Reciting ($7) by a half-length.

Fiery Bay ($6) finished a further nose away in third place.

Chiclett has now raced four times for a win, a second and two eye-catching fourth placings, one of which took place in the $160,000 Group 3 WA Sires’ Produce Stakes (1400m) earlier this year.

Meanwhile, stablemate Baburriza will be Pearce Racing’s sole representative at Saturday’s Belmont meeting when the All American three-year-old contests the Free Entry To Belmont Park Plate (1600m) with stable apprentice Chris Graham aboard.