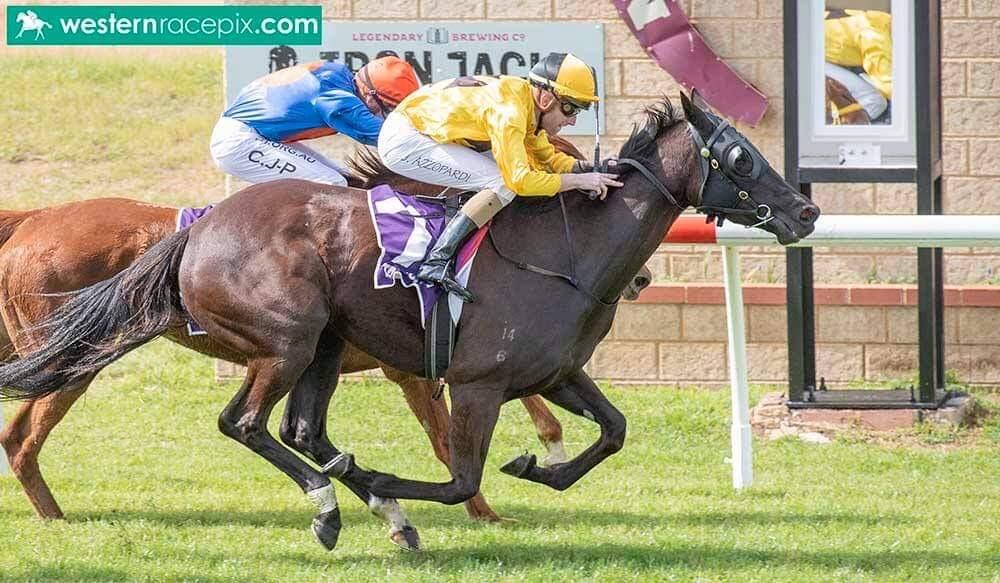 Sessions mare Black Wing scored the first win of her eight-start career at Northam on Thursday when taking out the TABtouch The Brand That Funds The Industry Maiden (2200m).

The early-season four-year-old put the writing on the wall for a winning performance at her previous outing when recording a fast-finishing fourth to Zaalah over 1600m on August 19 and relished the increase in distance in Thursday’s event.

After drifting to the fourth line of betting, Black Wing ($5.50) settled in the one-out, one-back position for stable jockey Joseph Azzopardi and worked into the race from the 600m point before hitting the lead with 200m to go and out-staying her rivals over the late stages.

She pulled away to defeat race-favourite Xan Bao ($2.70) by a neck, with Miss Maranta ($3.90) just under a length away in third place.

Stablemate Friar’s Fantasia is also engaged to line up in a support race on the nine-event card, whilst Superior Smile, Pushin’ Shapes, Trakiato and Chapasco will travel to the Goldfields to take part at the annual Coolgardie Cup meeting on Sunday.