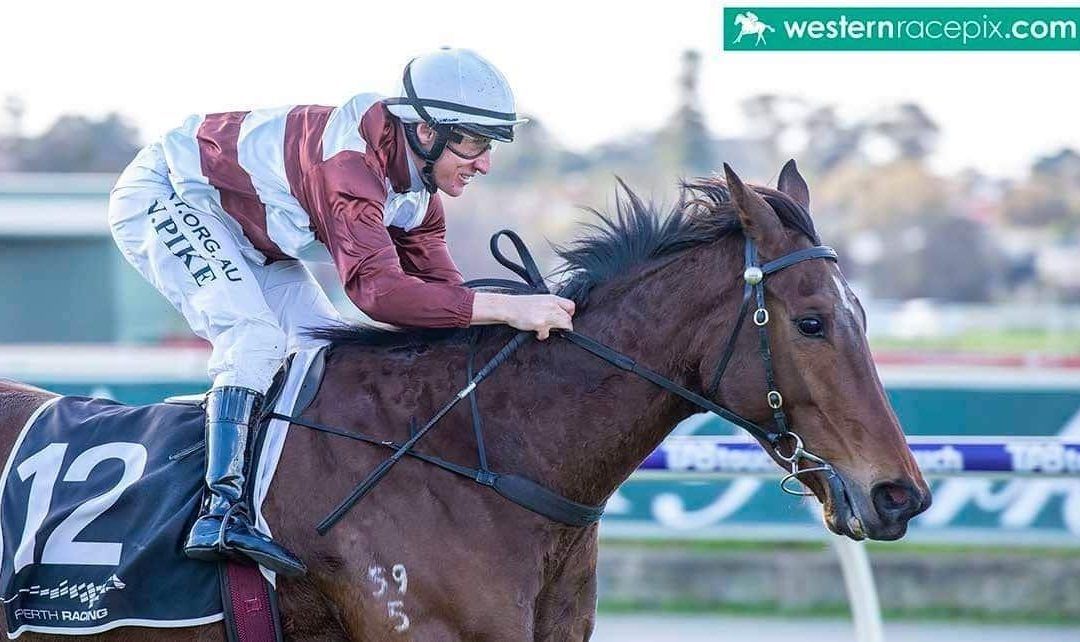 Progressive Playing God mare Pletto scored an emphatic win at her second start back from a long layoff at Belmont on Wednesday when taking out the Furphy Handicap (1200m) in impressive fashion.

Ridden by record-breaking jockey William Pike, the lightly-raced rising five-year-old was backed into $1.50 favouritism prior to the jump and had punters’ hearts in their mouths when she settled towards the rear of her 12-horse field, however, she produced a fast-finishing display down the middle of the track in the straight to defeat Saturday Sun ($21) by two-and-three-quarter lengths.

Count Tomoz Off ($19) finished a further head away in third place.

Pletto has now raced seven times for three wins and four minor placings but was close to losing her life last year after being struck with severe illness.

The talented mare appears to be well past her setback, with an eye-catching trial return behind subsequent winner Great Heist at Lark Hill on June 29 preceding a brilliant first-up performance when finishing a luckless third after being posted three and four-wide without cover at Belmont on July 15.

Meanwhile, Pearce Racing’s only other runner at Belmont on Wednesday, Trakiato, finished a gallant second after covering additional ground in the Schweppes Handicap (1200m).

The Pearce stable will saddle-up Tap The Go Go at Northam tomorrow before turning its attention to the first meeting of the 2020/21 season at Belmont on Saturday where last-start Listed Beaufine Stakes winner, Essential Spice, and undefeated stablemate, Cliffs Of Comfort, are engaged.