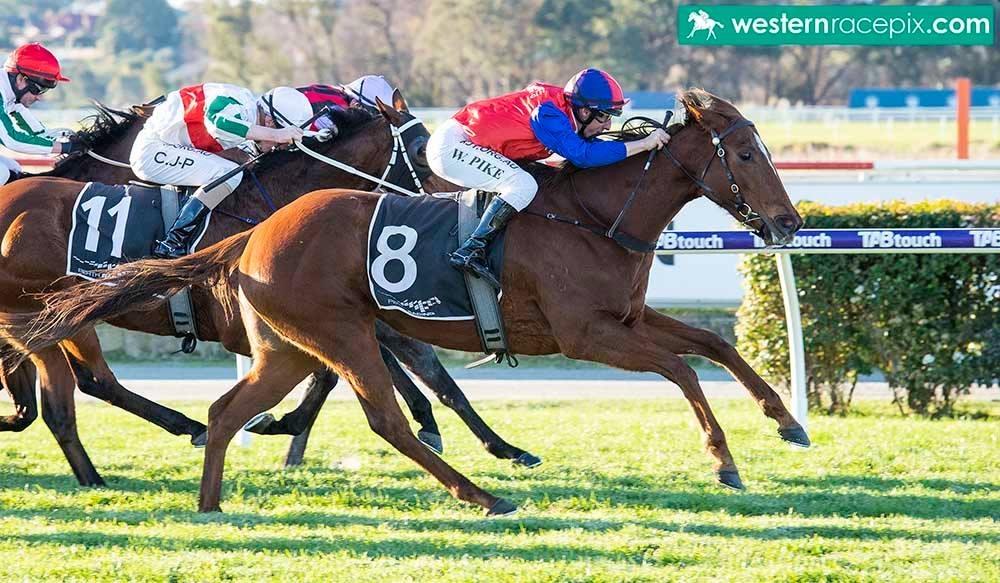 Classy mare Essential Spice took out the $100,000 Listed Beaufine Stakes (1000m) in electrifying style at Belmont on Saturday when rocketing home from a seemingly-impossible position at the top of the home straight to land her first stakes victory.

Starting on the second line of betting at $3.80, the Gingerbread Man four-year-old was positioned ninth in the 12-horse field turning for home and was spotting tearaway leader Mervyn ($13) several lengths before letting down with a powerful burst under the urgings of champion jockey William Pike.

Pike pulled the mare to the centre of the track to find clear galloping at the 300m mark and she responded brilliantly to reel in her rivals and pull away from the fast-finishing Saracino ($21) by three-quarters of a length.

Mervyn ($13) finished a further head away in third place.

A $20,000 yearling purchase at the 2017 Yarradale Stud dispersal sale, Essential Spice has built up an impressive race record of 18 career starts for six wins, nine minor placings and $453,000 in total earnings.

The Beaufine Stakes was her second feature race attempt, having finished third to superstar mare Fabergino in the Listed Summer Scorcher (1000m) at Ascot in January this year.

Meanwhile, Pearce Racing’s only other runner on Saturday, Roman Flirt, went within a neck of landing a stable double when finishing runner-up to Fancy Fox in the Belmont Park Book A Bay Handicap (2000m).

The Roman Emperor four-year-old has returned four wins and three minor placings from her past seven starts.