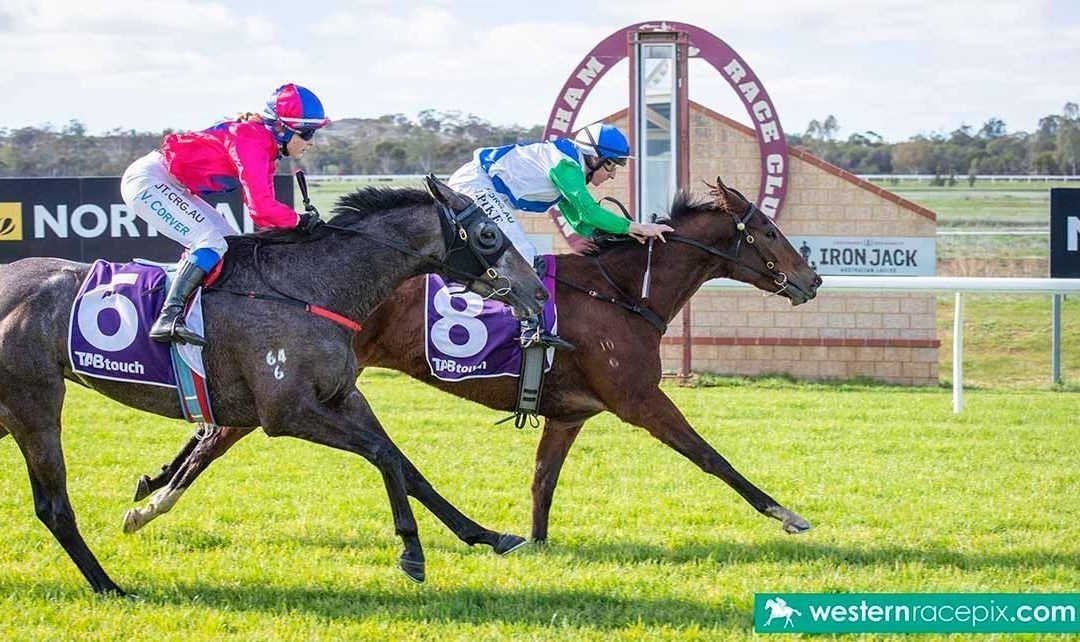 Three-year-old debutant Hot Technique made an auspicious start to her racing career at Northam on Thursday when winning at her first career outing.

The Sizzling filly, bred and owned by Einocliffe Park Thoroughbreds, drifted to $3.90 second-favouritism prior to the running of the TABtouch – Better Your Bet Maiden (1000m) but still did enough to hold off the heavily-supported Fire Goddess ($3.20) over the concluding stages.

Champion jockey William Pike settled Hot Technique in the box seat after jumping from barrier one and careered up along the inside pad on straightening before hitting the lead at the 200m mark and pulling away to score by just under a half-length.