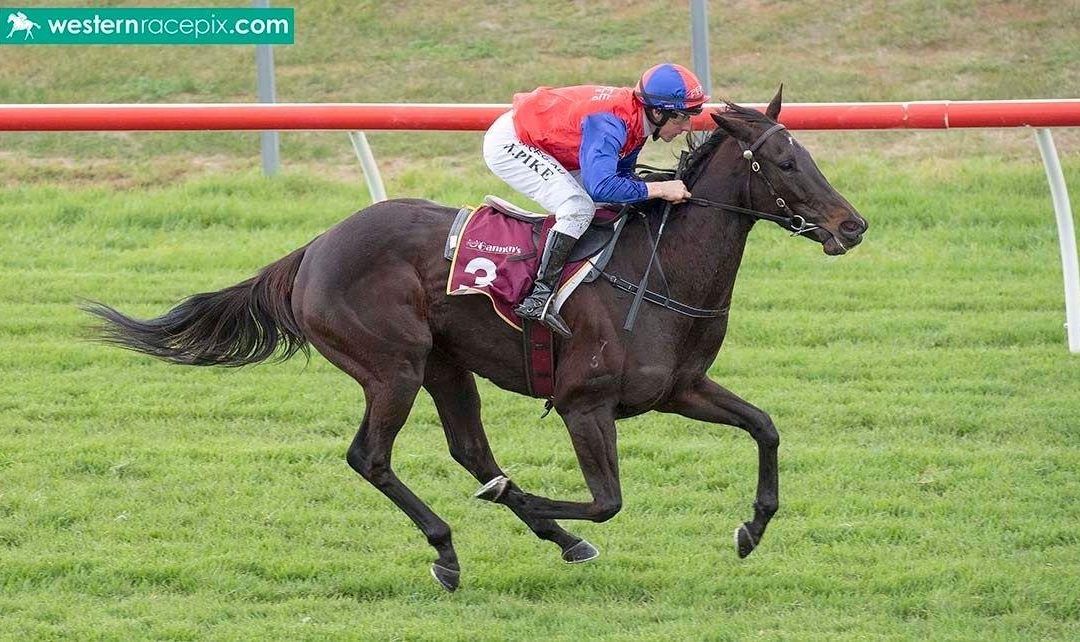 Consistent four-year-old Speedy Miss brought up her second-straight win for the first time in her career at Northam on Thursday when taking out the Gannon’s Sportswear and Trophies Handicap (1400m).

The Demerit mare was well-supported into $2 favouritism prior to the jump and justified her short quote thanks to a perfect ride from champion jockey William Pike.

Speedy Miss jumped from barrier seven in the eight-horse field and settled one-out and two-back in running before producing a strong turn of foot in the straight to reel in her rivals and pull away by one-and-a-half lengths.

Speedy Miss has been a model of consistency throughout her career and has now recorded four wins, seven minor placings and 14 top-five finishes from her 19 starts to date, earning a total of $91,345 in the process.

Meanwhile, the Pearce stable’s other two runners on the day, Joyrize and Hitchinrail, also performed well when each finishing third in their respective races.

Stablemates Trakiato and Pushin’ Shapes are engaged to race at this Saturday’s Belmont meeting.