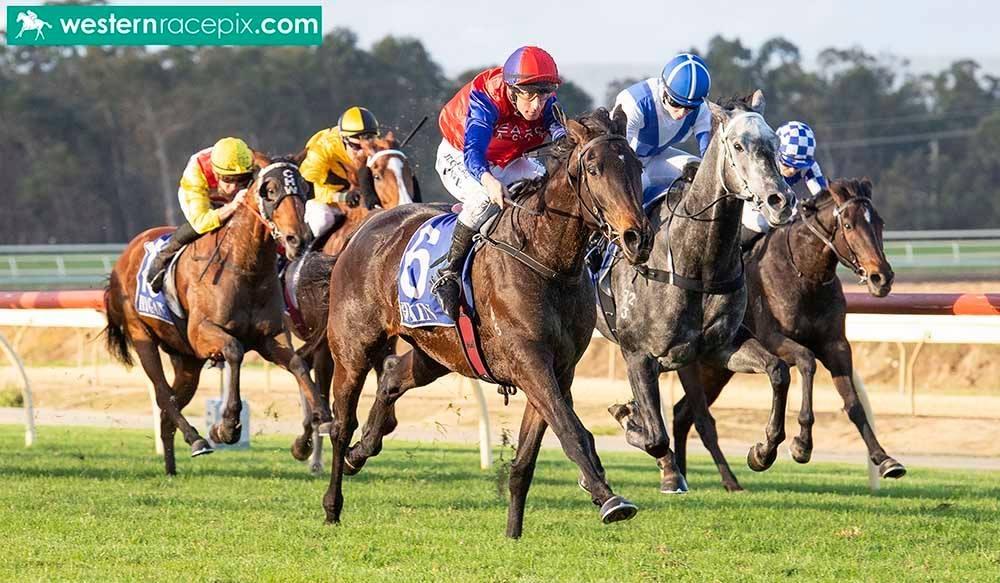 Roman Flirt brought up her fourth consecutive victory at Pinjarra on Thursday when producing a smart performance in the #ForTheLoveOfYourLocal Handicap (2000m).

Ridden by William Pike, who also extended his unbeaten record aboard the progressive Roman Emperor mare to four, she handled a rise in class with relevant ease after being heavily supported from $2.30 into $1.65.

The rising five-year-old settled in the middle of the 12-horse field before unleashing a strong turn-of-foot from the 200m mark to storm past Uncle Lino ($19) and score by a length-and-three-quarters at the finish.

Roman Flirt has come of age this preparation and has relished stepping up to middle distances at her past two races, earning herself a likely first attempt at a prime metropolitan event at her next outing..

She has now recorded four wins and four runner-up finishes from only 10 career starts to date, accumulating stake earnings of $55,576.

Meanwhile, the Pearce Racing team will saddle up Angelic Encore and Pushin’ Shapes in Saturday’s $160,000 Group 3 Hyperion Stakes (1600m) at Belmont, as well as stablemate Next Stop The Moon and Mad Brad in support races on the nine-event card.