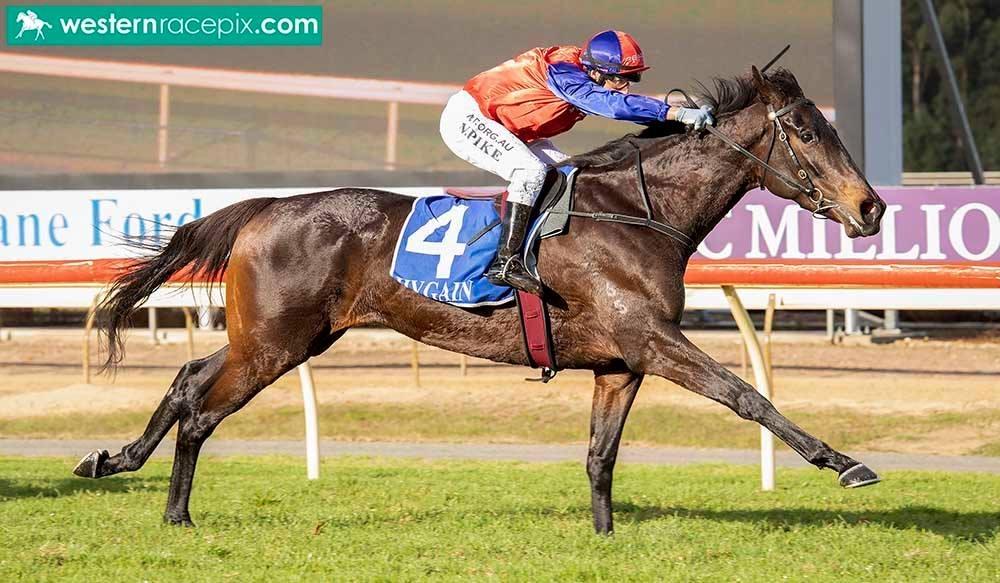 The Roman Emperor mare was having her first start beyond 1675m and her first on a Soft7-rated track, however, she handled the conditions with aplomb when scoring by more than two lengths.

Starting the $2.90 race favourite, she was perfectly positioned in the box seat by champion jockey William Pike before taking an inside run on straightening and careering away to a strong victory.

Twentythree Red ($7) finished in second place, with Quintaro ($21) a further head away in third.