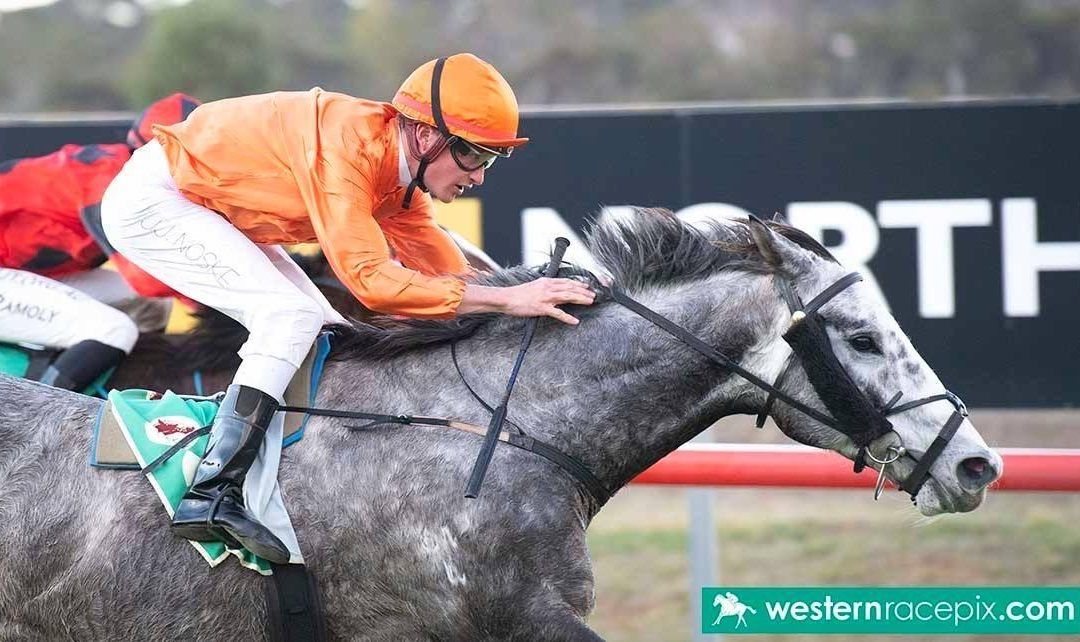 Gunflint continued his solid record at the Northam circuit when scoring his second career victory at the first meeting in the Avon Valley for the year on Monday.

The Dick Turpin gelding extended his track record to three starts for two wins and a second placing after taking out the #VisitNortham Handicap (1000m) with Jarrad Noske aboard.

Starting at $9.10 on the tote after pre-race favourite Amelia Bedelia was scratched at the barriers, Gunflint settled in third position before racing three-wide from the 600m mark and levelling up to race-leader Catia ($21) at the 300m.

The grey got the better of his rival over the concluding stages to pull away and score by a three-quarter length, with Salcity ($21) a further length-and-a-quarter away in third place.

Meanwhile, stablemates Joyrize and The Italian Job also performed well at Northam on Monday when each finishing second in their respective races.

The Pearce stable have hit form in recent weeks, having saddled up five winners and five minor placegetters from its 14 runners over the past fortnight.