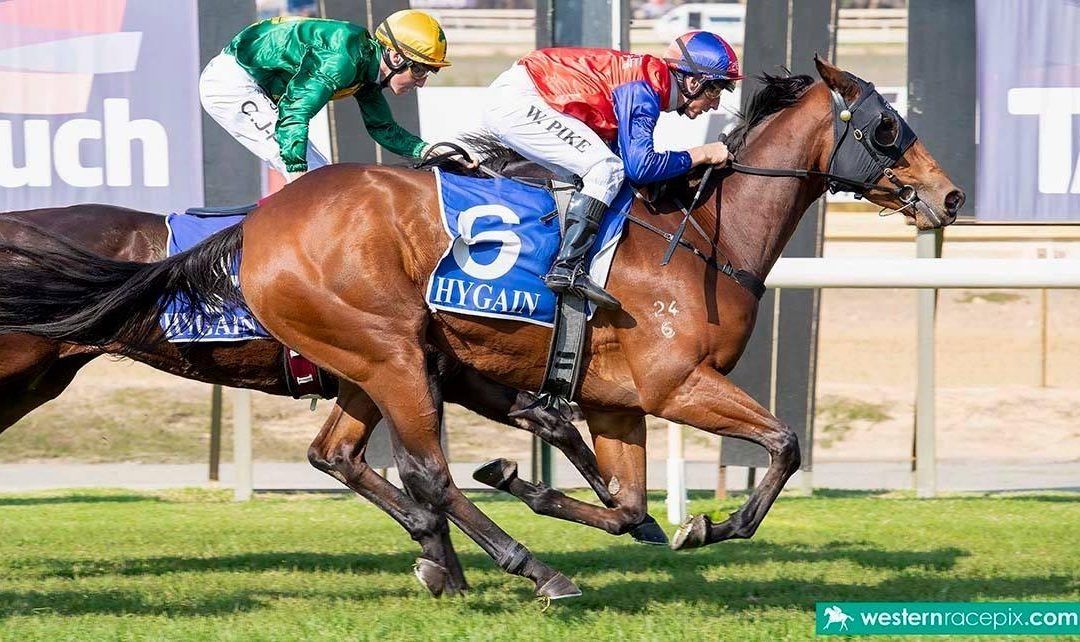 Three-year-old Black Lightning scored the first win of her four-start career at Pinjarra on Wednesday when taking out the Hygain – Feeding Champions Since 1983 Maiden (1200m).

Starting the $1.95 race favourite, the filly put the writing on the wall with a narrow second to Sweet Ruler at her race return at Bunbury on May 3 and was the recipient of a textbook ride from champion jockey William Pike.

She settled at the tail of her six-horse starting field before travelling up strongly approaching the home turn and finishing well down the middle of the track to claim City Invasion ($2.80) by a neck.

Doowahdiddy ($7.00) finished a further length away in third place.

Black Lightning has now returned a win, two minor placings and a fourth from her four starts to date and co-trainers Daniel and Ben Pearce expect the daughter of Blackfriars to relish a rise in distance moving forward.