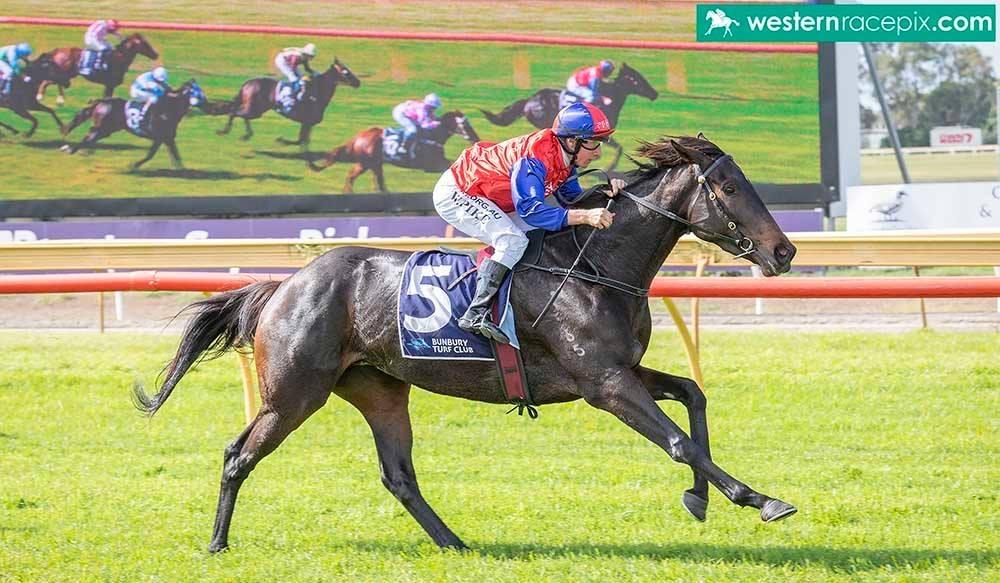 Roman Emperor mare Roman Flirt scored the first win of her seven-start career at Bunbury on Sunday when justifying her short-priced favouritism in the Amelia Park Maiden (1675m).

The consistent five-year-old was strongly supported into $1.80 at the jump after finishing runner-up at four of her six starts leading into Sunday’s race and was able to go one better under the guidance of champion jockey William Pike.

Roman Flirt settled outside of the leader, Interstate ($3.90), in running before hitting the lead upon straightening and pulling away over the concluding stages to land a one-length victory over Miss Malibu ($7.50).

Interstate finished a further length-and-a-quarter away in third place.

Meanwhile, fellow Pearce-trained galloper Black Lightning ($3.50) made a promising return to racing when finishing second, beaten only a head, to Sweet Ruler ($15) in the TABtouch – Better Your Betting Experience Maiden (1200m) later in the Bunbury program.

The Pearce stable are set to saddle-up bold frontrunner Next Stop The Moon and two-year-old filly Sixtyfourth Street at this Wednesday’s Ascot meeting.