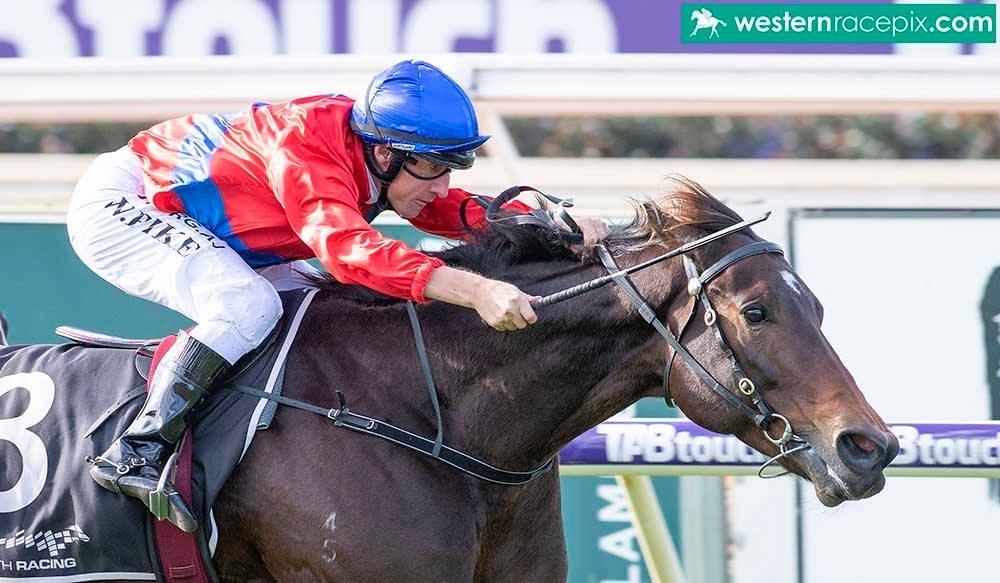 Class mare Angelic Ruler’s consistency was rewarded at Ascot on Saturday when taking out the $100,000 Listed Sheila Gwynne Classic (1400m) in impressive style.

It was the Universal Ruler four-year-old’s first victory since taking out last year’s $100,000 Listed Breeders Plate (1400m) at Bunbury nine starts ago and came after recording black-type placings at seven of her eight races since then, including four at Group 2 level and two at Group 3 level in Melbourne.

Ridden by champion jockey William Pike at Ascot, Angelic Ruler was heavily supported in betting and started a $1.60 raging favourite before settling in the one-out, one-back position in running and finishing powerfully to reel in Flower Of War ($3.20) over the final 150 metres.

Festival Miss ($11) finished a further nose away in third place.