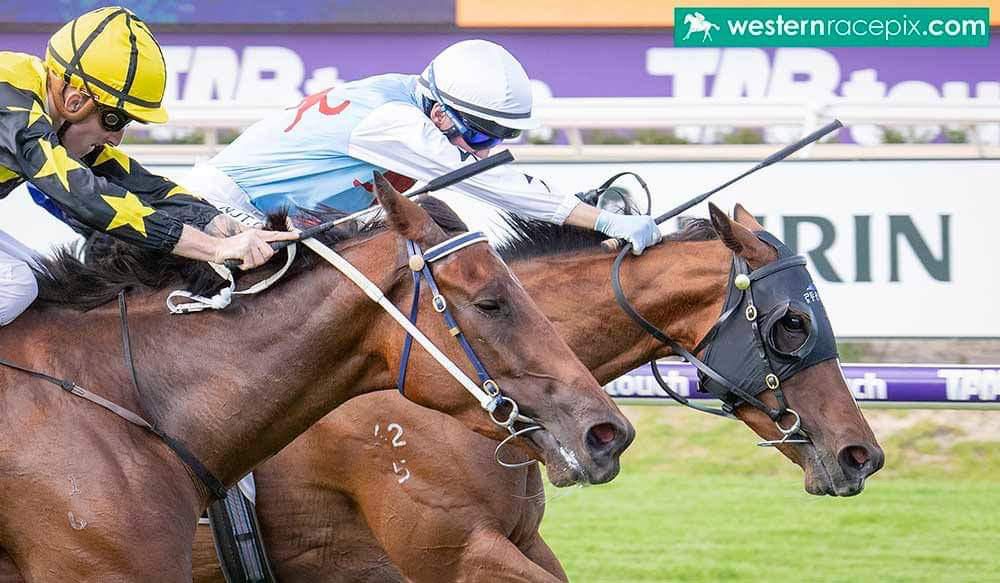 Pearce Racing’s new stable addition She’s Got Merit broke her maiden status first-up from a lengthy spell at Ascot on Wednesday when taking out the Glenroy Chaff Maiden (1100m).

Starting a $14 chance in her first start for 406 days, the Demerit four-year-old was tuned up with a smart trial win at Lark Hill on January 13 and was aided by a perfect ride by co-trainers Daniel and Ben Pearce’s stable apprentice, Chris Graham, at her race return.

Graham settled the mare three-back on the rail after jumping from barrier nine in the 12-horse field before peeling off the fence approaching the home straight and finishing strongly over the final furlong to defeat the well-supported favourite, Tommy Blue ($2.40), by a nose.

She’s Got Merit, an eight-start maiden prior to Wednesday, showed early potential when placing at two of her first three starts as a two-year-old but failed to recapture that form at her next two preparations before arriving at the Pearce yard.

Fellow Pearce-trained galloper Don’t Fuss is set to race third-up from a spell in Saturday’s $100,000 Listed Scenic Blast Stakes (1000m) at Ascot, with stablemate Dickoletto also engaged in a support race on the nine-event card.