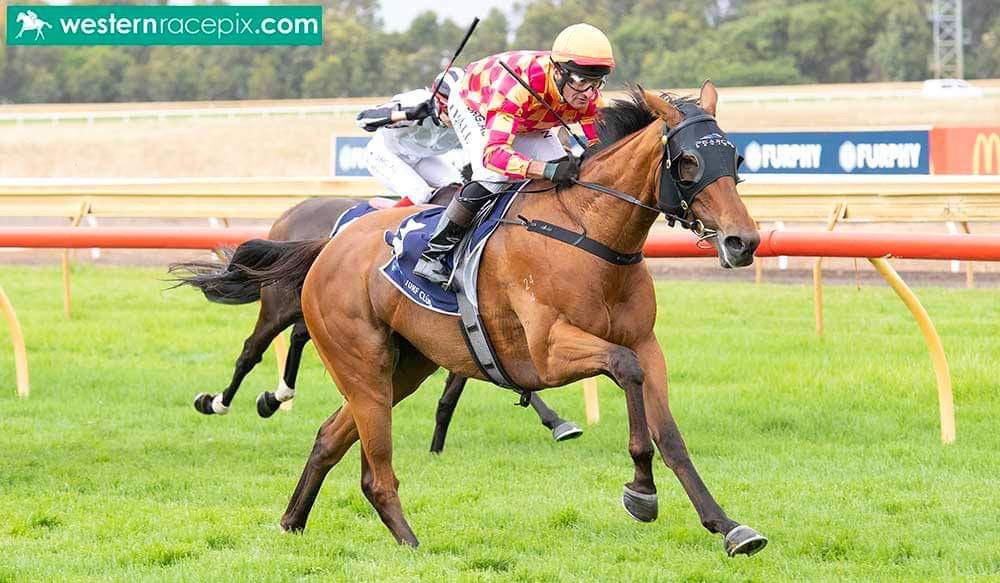 Blackfriars mare Friar’s Fantasia landed a well-deserved win at Bunbury on Sunday when producing a dominant performance in the Kook A Krumb Handicap (1675m).

Despite having not won for eight starts, the consistent five-year-old hadn’t finished further back than fifth in that time and relished a drop in grade and a return to the Bunbury circuit on Sunday when scoring her third win from as many starts at the track.

Aided by a perfect ride by jockey Peter Hall, Friar’s Fantasia ($2.80 fav) jumped from barrier seven in a field of 11 and settled in the one-out, one-back position in running before peeling out to commence her run from the 600-metre mark.

The big mare hit the front at the top of the straight before putting paid to her rivals, romping away to score by almost two-and-a-half lengths to second-favourite, Nice Go ($3.30).