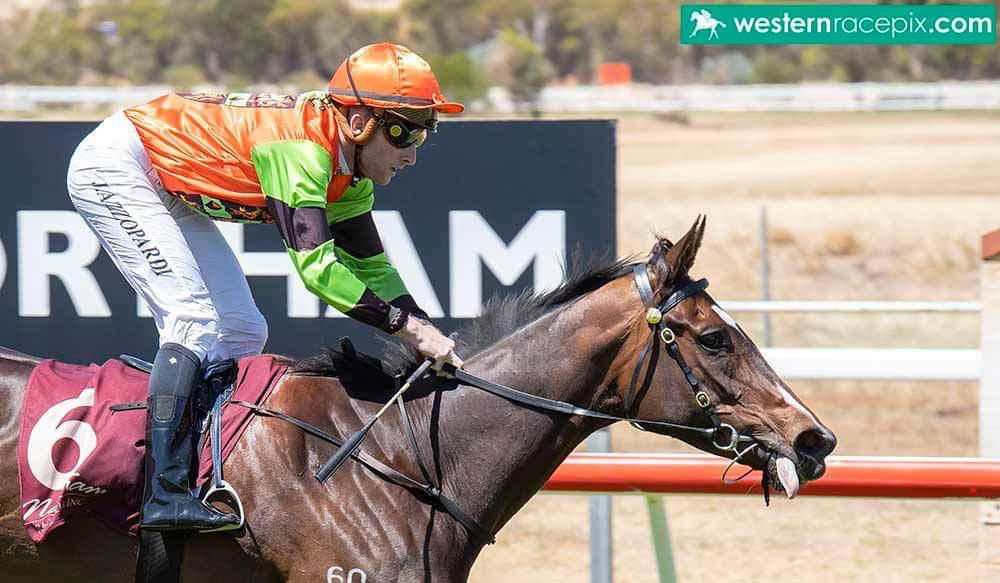 Blackfriars four-year-old Baffling scored her first career win at Northam on Wednesday when justifying her short-priced quote with an easy victory in the Mane Event Cafe and Catering Maiden (2200m).

Ridden by Joseph Azzopardi, the $1.65 favourite initially settled at the tail of her six-horse field before improving her position throughout the staying journey and pulling away late to defeat the race leader, Caniman ($6.50), by more than three lengths.

Hard To Cee ($11) finished a further nose away in third place.

Still in her maiden race campaign, Baffling’s win came at her fifth race start and followed consistent performances when finishing second, third and fifth at her previous three runs.

Her co-trainers Daniel and Ben Pearce will saddle up Roman Flirt, Black Wing and debutant Black Lightning at Bunbury today, before Saturday’s blockbuster Ascot meeting where they have Vital Silver engaged in the $1 million Group 1 Winterbottom Stakes (1200m).