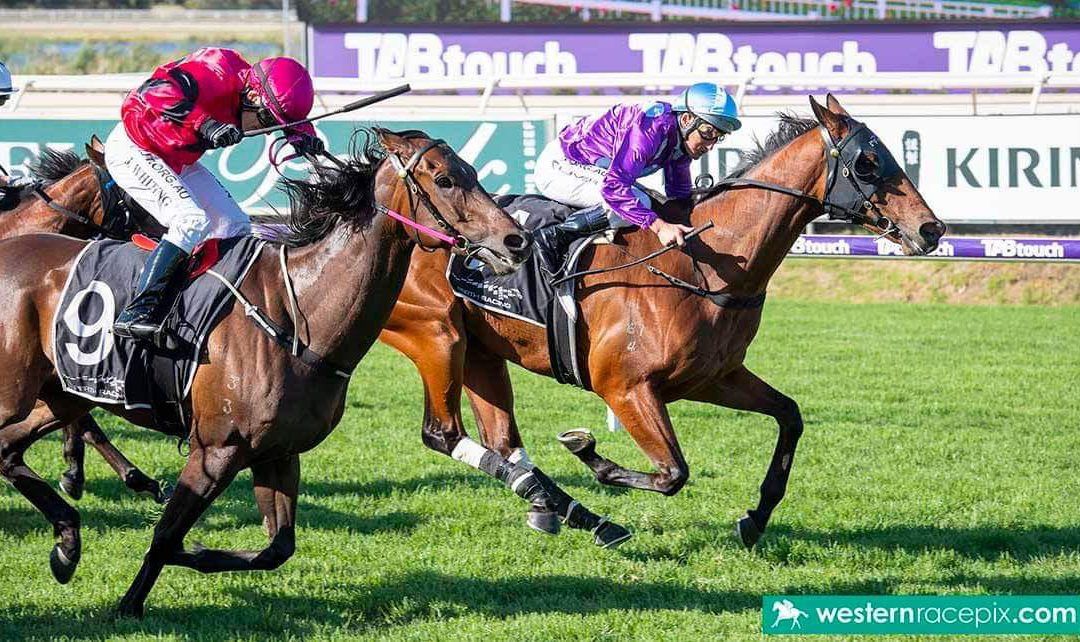 Well-hyped five-year-old Supreme Force returned to his best form at Ascot on Wednesday when taking out the Peter Gangemi 60th Birthday Handicap (1200m) at his second start back from a spell.

Co-trainers Daniel and Ben Pearce have long held a high opinion of the Not A Single Doubt gelding, however, persistent soundness issues have restricted his career to just 13 race starts to date.

A promising return to racing was flagged for the galloper when winning a Lark Hill trial on October 21 before enduring a luckless run when held-up at crucial stages first-up at Ascot on November 5.

Supreme Force ($4.00) made amends on Wednesday when, ridden by legendary jockey Damien Oliver, he was settled midfield and one-off the fence in running before peeling out and working into the race strongly from the 600m mark.

The gelding hit the front 150m from home and was open to be ran down over the concluding stages, however, he responded powerfully to the urgings of Oliver and was able to hold off the fast-finishing Denim Pack ($9.50) by a neck.

Nerodio ($4.40) finished a further three-quarters of a length away in third place.

Meanwhile, Pearce Racing-trained mare Roman Flirt ($4.60) produced a gallant performance earlier in the day when finishing second after being posted three-wide and without cover in the Western Racepix Maiden (1500m).

The Roman Emperor four-year-old hit the lead at the 250m mark and looked the winner fleetingly, however, she was gunned down by Bonneville Black ($5.00) in the shadows of the post.

The Pearce stable will now turns its attention to Saturday’s blockbuster Ascot meeting, where stablemates Dig Deep and Sixtyfourth Street will line up in the $500,000 Group 2 WA Guineas (1600m) and $100,000 Crystal Slipper (1100m) respectively.