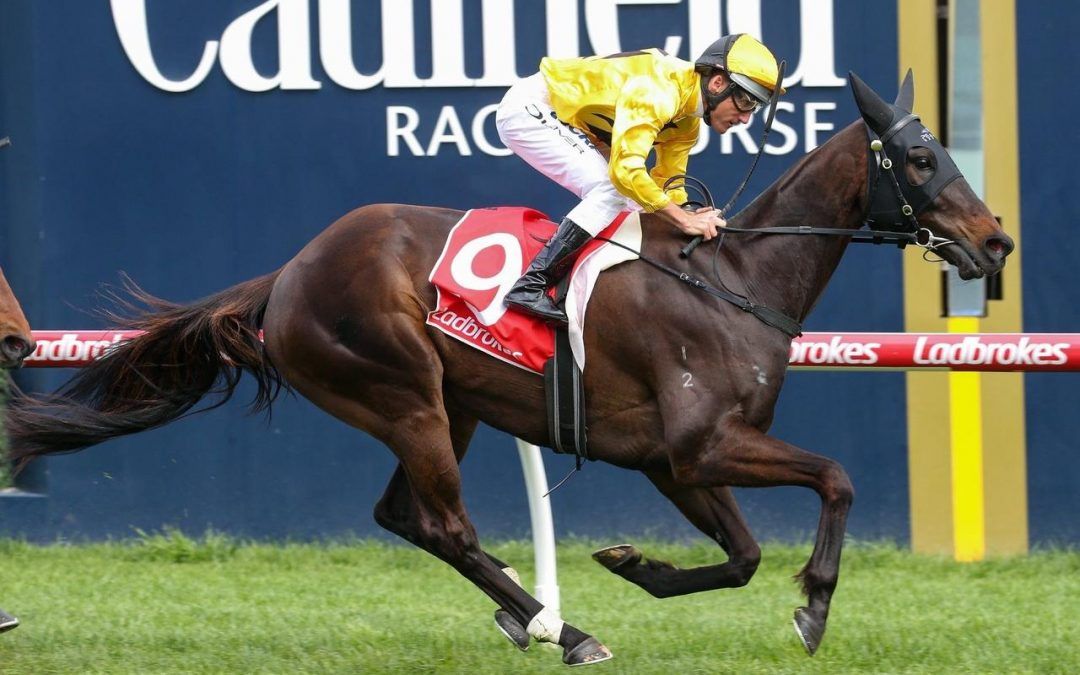 Starting at long odds of $61, the Viscount seven-year-old was having his first start outside of Western Australia when stepping out in the $125,000 Le Pine Funerals Handicap (1700m) and didn’t disappoint, romping away to a one-and-a-half length win with champion former WA jockey, Damian Oliver, in the saddle.

After jumping from barrier two in an 11-horse field, the gelding travelled strongly in fourth position before peeling off the fence approaching the home turn and getting the better of the race leader, Masculino ($7.50), at the 100m mark.

Masculino hung on for second place, with the fast-finishing Vassilator ($7) a nose away in third.

Pushin’ Shapes won his first race start as a two-year-old in February 2015 and has since raced another 47 times, accumulating a total of eight wins, 12 minor placings and just over $600,000 in stake earnings and bonuses.

The Pearce brothers elected to take the Coolgardie Cup, Narrogin Cup and Listed Northam Cup winner to Victoria to contest the upcoming country cups series after being weighted-out of suitable races in WA and he is now likely to progress to Listed events at Seymour and Sale in the coming weeks.

Stablemate Angelic Ruler is set to contest the $300,000 Group 2 Blazer Stakes (1400m) at Flemington next Saturday.