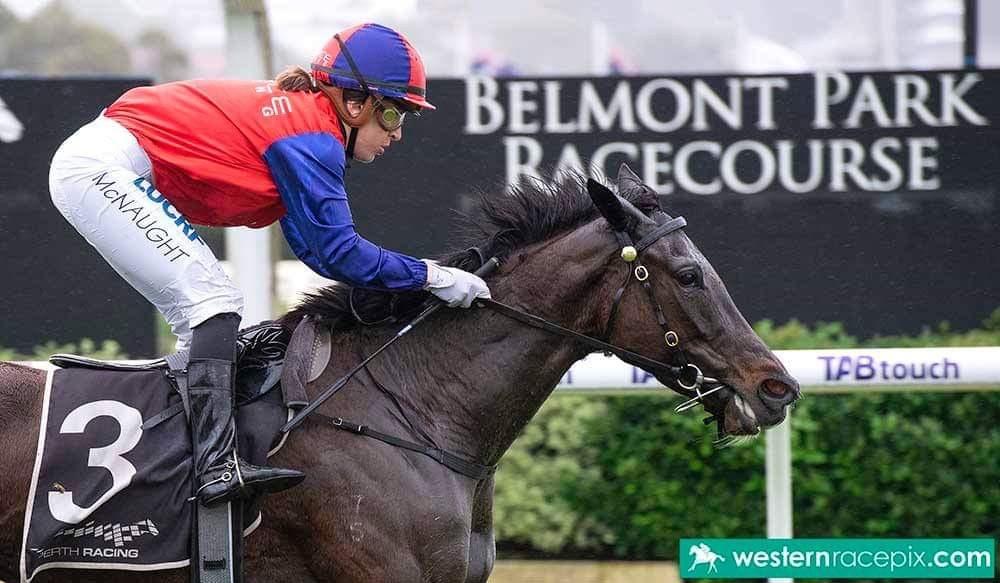 Speedy Miss bounced back to winning form third-up from a spell at Belmont on Wednesday when aided by a smart ride by in-form hoop, Jade McNaught.

The Demerit four-year-old started the $3.20 favourite in the Glenroy Chaff Handicap (1400m) and, after settling midfield in an eight-horse line-up, was peeled three-wide approaching the turn before finishing powerfully down the centre of the track.

Izzy May ($16.40) also hit the line strongly from towards the tail of the field to finish second, beaten just under a length, with Avalon Bay ($3.80) a further three-quarter-length away in third place.

Speedy Miss made a promising return to racing when producing an eye-catching finish from last position to finish third at Belmont on August 21 before a luckless second-up run when held up for the majority of the straight at the same track on September 4.

The mare has now recorded two wins and three minor placings from her 10 career starts to date, with Wednesday’s victory ticking her total earnings past $50,000, including Westspeed bonuses.

Co-trainers Daniel and Ben Pearce will saddle-up Koranis ($5) and Goldvein ($12) at Thursday’s Northam meeting, before the stable turns its attention to a bumper Saturday where they have Angelic Ruler engaged in the $160,000 Group 3 How Now Stakes at Caulfield, as well as Next Stop The Moon, Joyrize, Let’s Twist and Father Knick at Belmont.