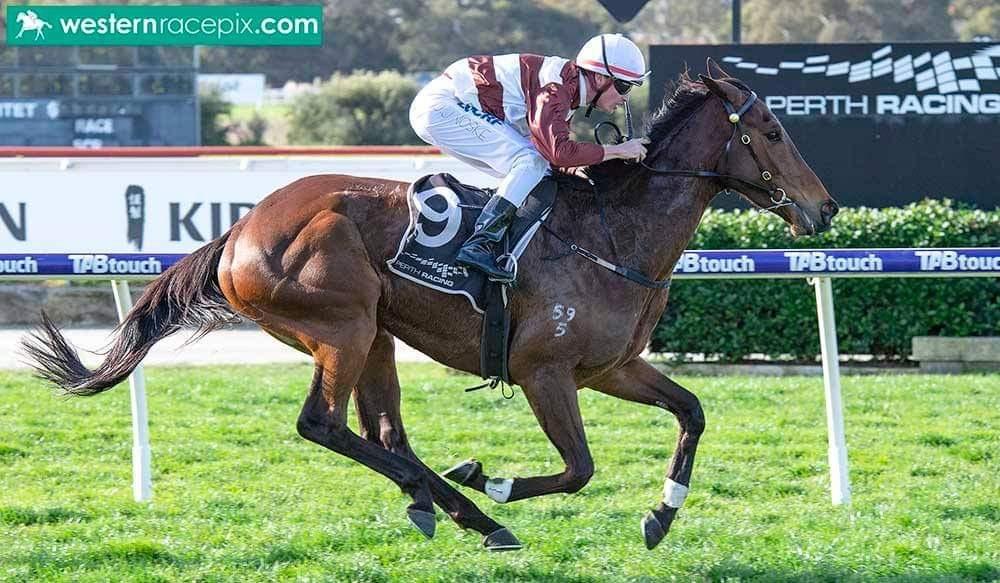 Lightly-raced four-year-old Pletto scored a classy win first-up from a lengthy lay-off at Belmont on Wednesday and co-trainers Ben and Dan Pearce predict a bright future for the mare.

The progressive daughter of Playing God was having her first start for 321 days after a stable mishap saw her sustain a leg injury prior to the autumn carnival this year, however, she followed-up a stylish last-to-first Pinjarra trial win on August 12 with an impressive race-day performance in Wednesday’s Amelia Park Handicap (1200m).

A half-sister to the Pearce Racing-trained Dickoletto, Pletto was the target of strong support pre-race ($3.30 to $2.20) and settled three-back on the rail in running before rider Jarrad Noske peeled off the fence turning for home and unleashed her strong finishing burst.

Drifting pre-post favourite Nickel Queen ($2.65 to $3.10) finished one-and-a-half lengths away in second place, while Locklear ($21) was a further long-neck away in third.

Pletto has now raced four times for two wins and two minor placings and gives the impression of a horse capable of rising through the grades.

The Discorsi mare has placed at both of her two runs back from a spell and appears likely to prove hard-to-beat stepping out to 1400m at her next outing.

The Pearce stable will saddle-up Chapasco ($3.00), Koranis ($8.50) and Goldvein ($13) at Northam tomorrow, before turning their attention to Saturday’s Belmont meeting where they have Don’t Fuss, Mad Brad, Time To Hunt and Manhattan Money engaged.